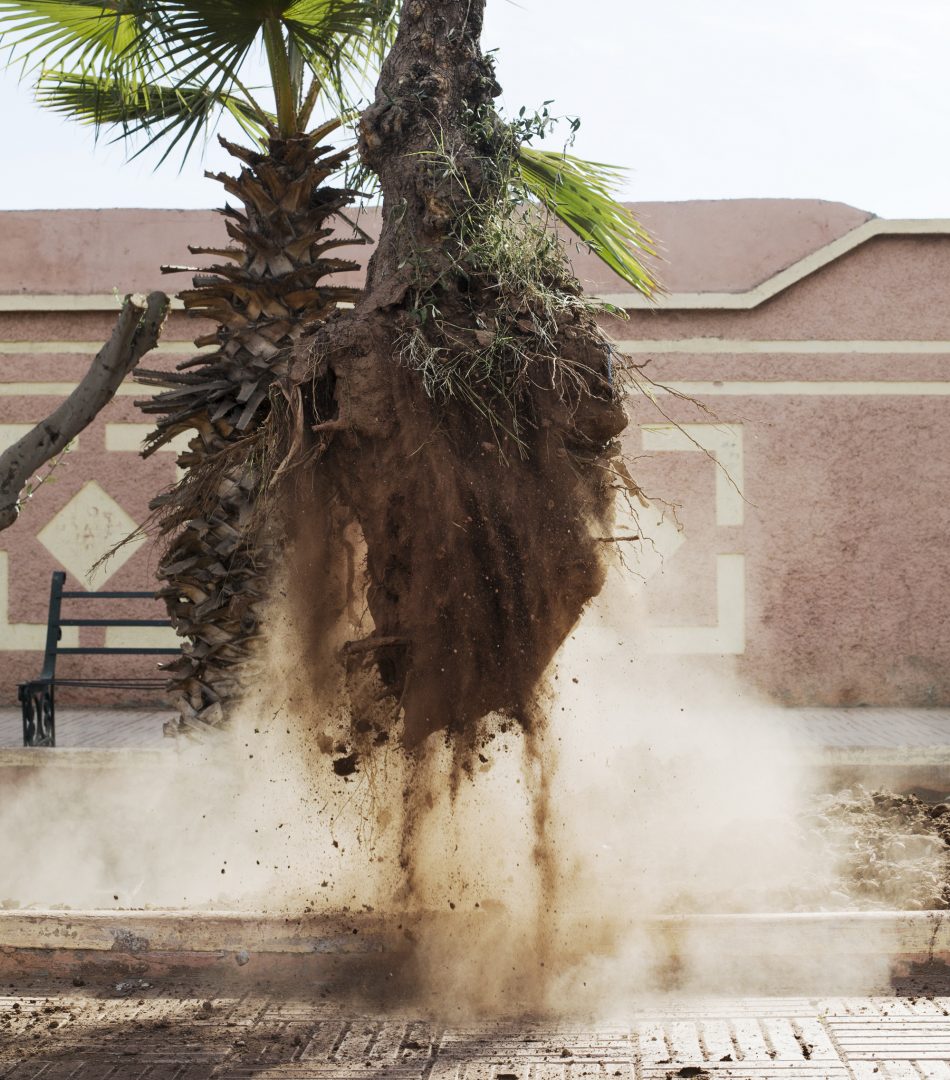 For their inaugural exhibition, 16 Nicholson Street presented a group exhibition of photography and video works by Mads Holm, Scott Caruth and Alice Myers exploring the themes of urban and personal space.

Through photography and film works, Opposite Tendencies explored the themes of agency, representation and negotiation in media-saturated and highly politicised urban environments.

Mads Holm’s photographic series ‘About Common Ground’ investigates the physical symbols of infrastructure, synthesis and the construction of the city and its people. The pictures and text pieces create discourse around these symbols and depict contemporary urban environments as fragile spaces where social order affected by excessive authoritative control is always on the brink of dissolution. The transformative quality of the city lends itself to moments of absurdity, hyperreality and ambiguity as situations become loaded with what can either be interpreted as the threat or the possibility of change.

Focussing on Pancho Villa’s legacy and involvement with Hollywood, Scott Caruth presents the film ‘Despacio, Despacio’ with two prints investigating the representation of Mexico and the mythologising of political figures in film. A full-time Pancho Villa impersonator, Rafael Celestine is recorded riding his horse through Durango in 2014, where memorials of the 1912 Revolution are surrounded by signs of globalisation. The accompanying prints explore the nature of appropriation, re-enactment, and negotiation of culture in Mexico and Hollywood.

Alice Myers’ experiences with the refugee camps at Calais formed the series ‘Nothing is Impossible Under the Sun’. The media using documentary photography to expose or oppress these refugees directly contrasts the commemorative and personal way the refugees considered their own photographs. This prompted Myers’ series of semi-collaborative portraits that capture the complexities and idiosyncrasies that exist in a legally and emotionally purgatorial environment.

“We might say that throughout the centuries two opposite tendencies have competed in literature: one tries to make language into a weightless element that hovers above things like a cloud or better, perhaps, the finest dust or, better still, a field of magnetic impulses. The other tries to give language the weight, density, and concreteness of things, bodies, and sensations.” – Italo Calvino, Lightness

The exhibition was accompanied by an intersectional discussion event led by Anna Wachsmuth and Holly Gavin, and a text by Adam Benmakhlouf.