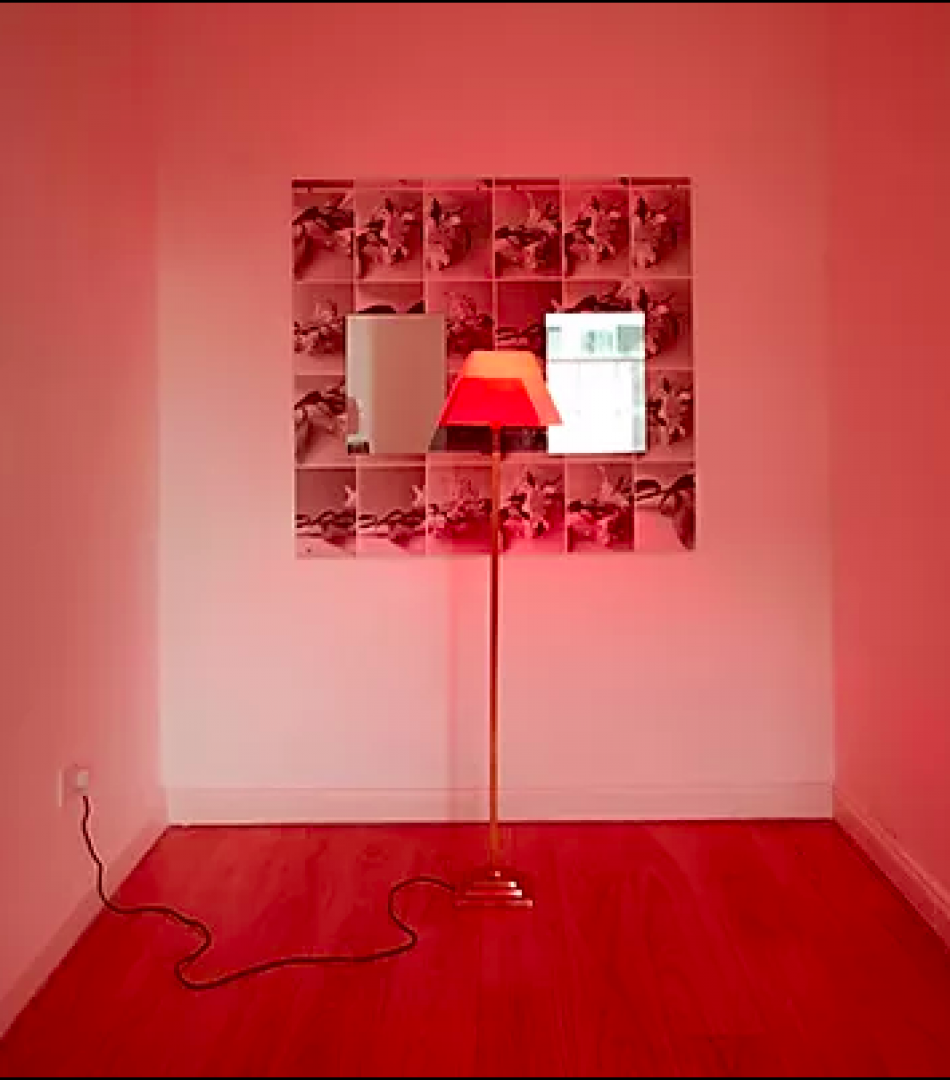 Operation Flower was an event in Suginami, Tokyo, between 2002-2008, where the municipal government started taking action against home-burglaries by placing rows of flowers outside houses. CCTV camera surveillance didn’t work – so they moved to something that would spark sensitivity in the perpetrators of crimes. Suginami-ku achieved this remarkable crime reduction by spending 6,000,000 yen per year on plants, and organising 109 “Flower Blooming Troops” groups with 872 residents participating. The effectiveness is attributed to the plants bringing more people into small alleys allowing neighbours to interact more with each other.

Semple’s exhibition is Inspired by this event and in dialogue with works created at recent Tokyo residency at Youkobo Art Space.It explores the architecture of nostalgia: how sounds and images belong to sites and times and how we might be able to disrupt these attachments. Is there an alternative? Logic and rationality fights nostalgia, and anachronisms give it a place to exist, but to understand it means to confront it.This confrontation has manifested in revisiting old imagery, pairing it with new, and in doing so, demarcating a position for understanding. The exhibition will present the sounds of ceremonial drums, marching protests and laconic pianos in the next room, all sounds that exist in public domains. In the film on the third floor, the sampled bodies of these sounds have been redirected to speak with each other about some understanding of our passing through them. They have been intertwined with images of passing transit, adverse weather, changing megapolitan landscapes and starling murmurations: a site for these sounds and images to cohabit. Maybe there needs to be a sensitive and sensible redirection for the temptations of nostalgia? Semple’s show attempts to direct us away from our yearnings for nostalgic narrative meaning and toward realism, a reassessment of sound/image/place relations. These things are borrowed, bought, stolen, compiled, redacted and removed, creating a diagram of a more tactile syntax.

The opening night featured vegan food from Kin Kitchen, and performances from the artists Catinca Malaimare and Alice Jacobs.