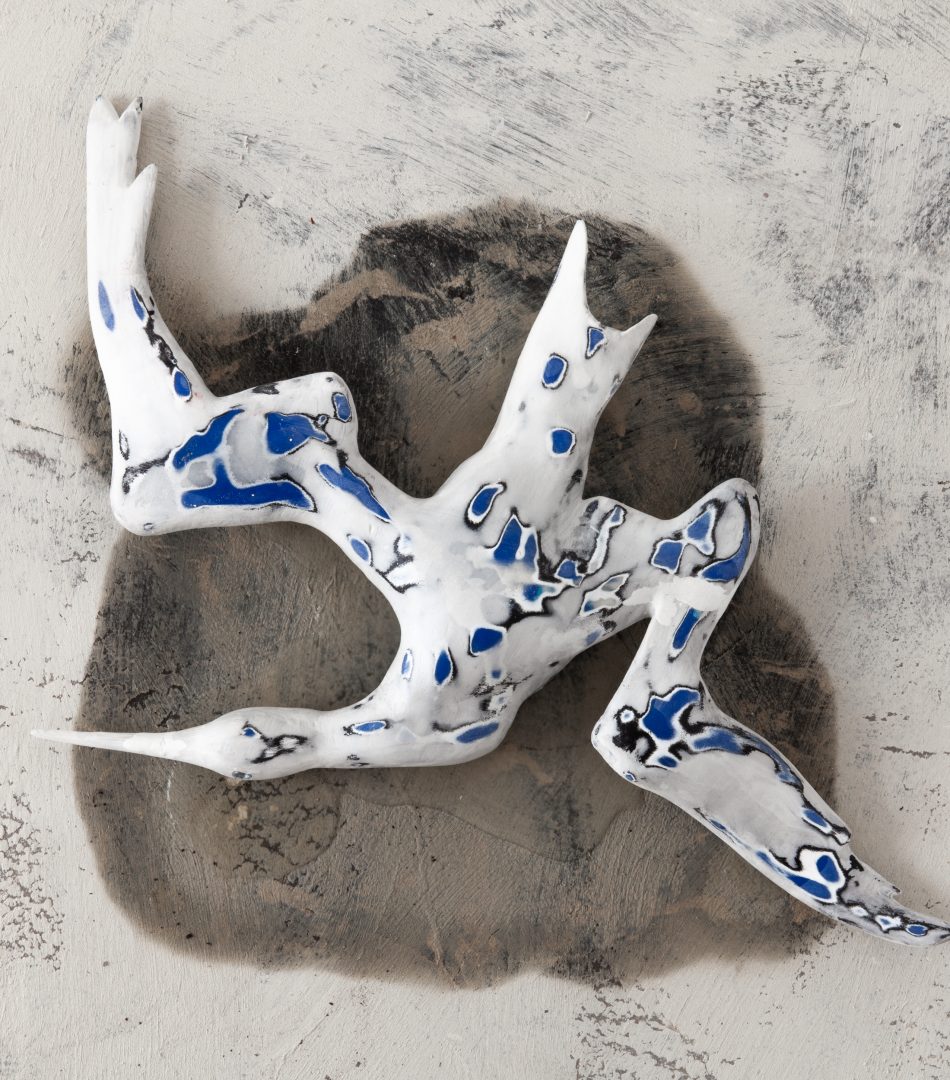 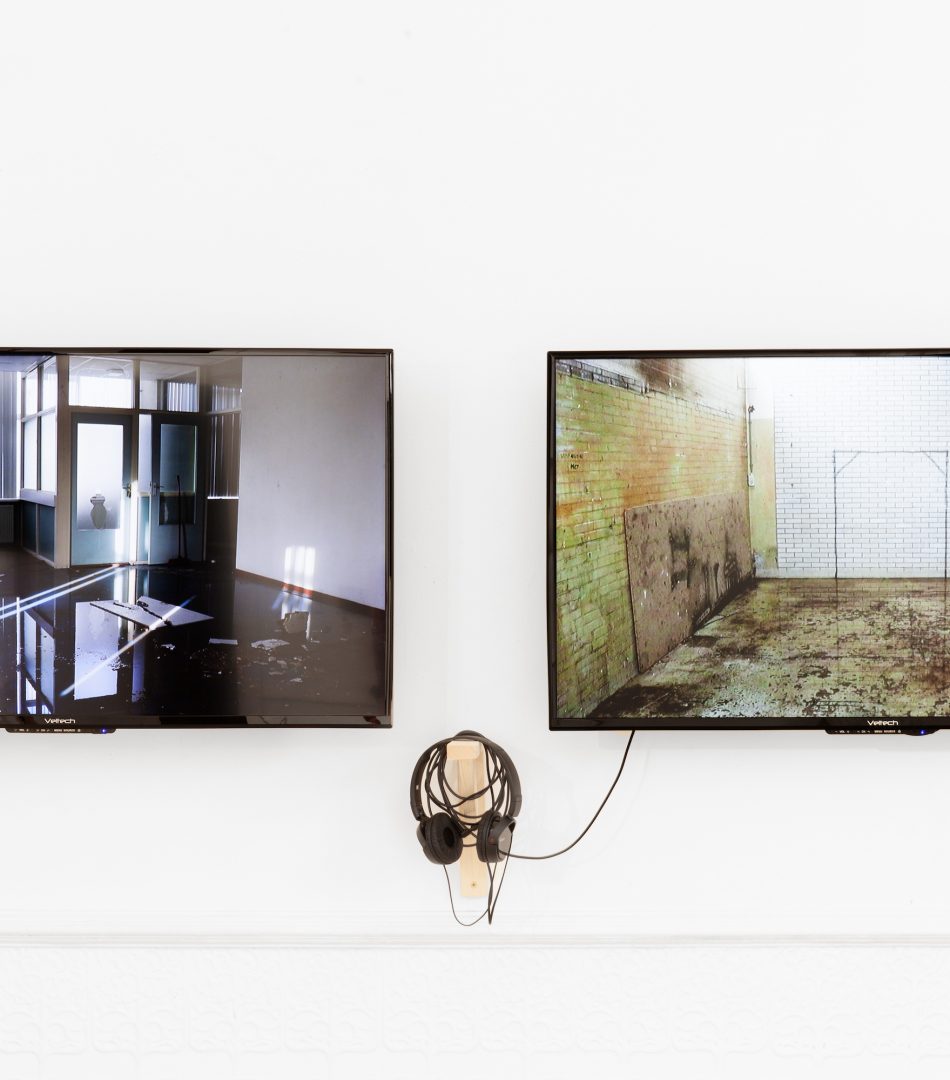 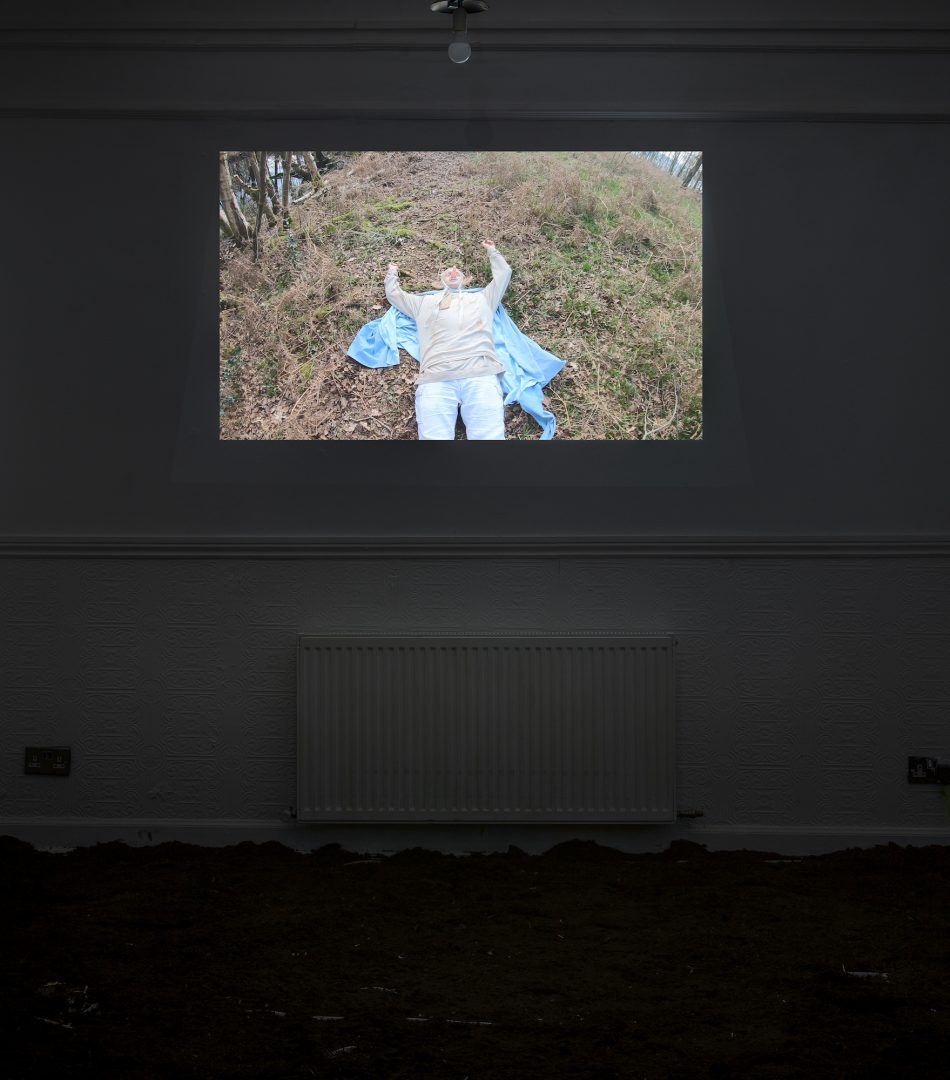 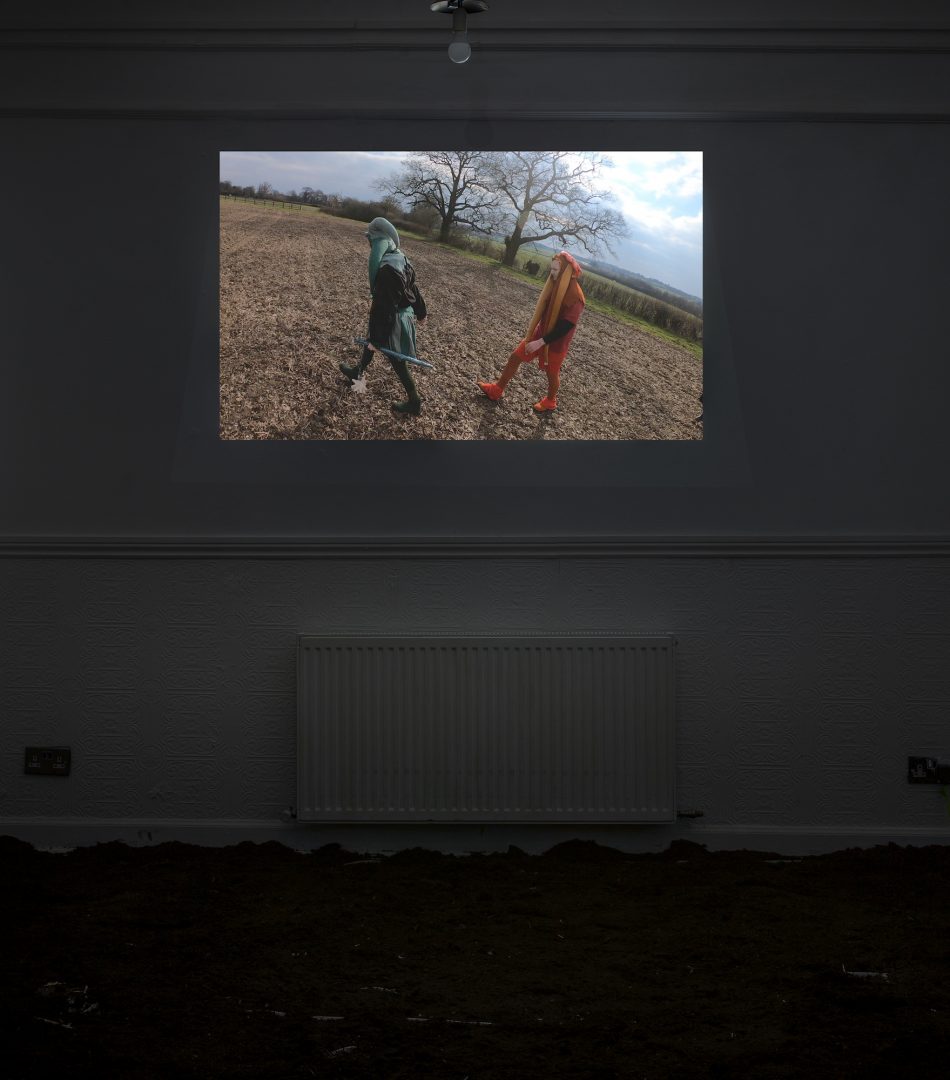 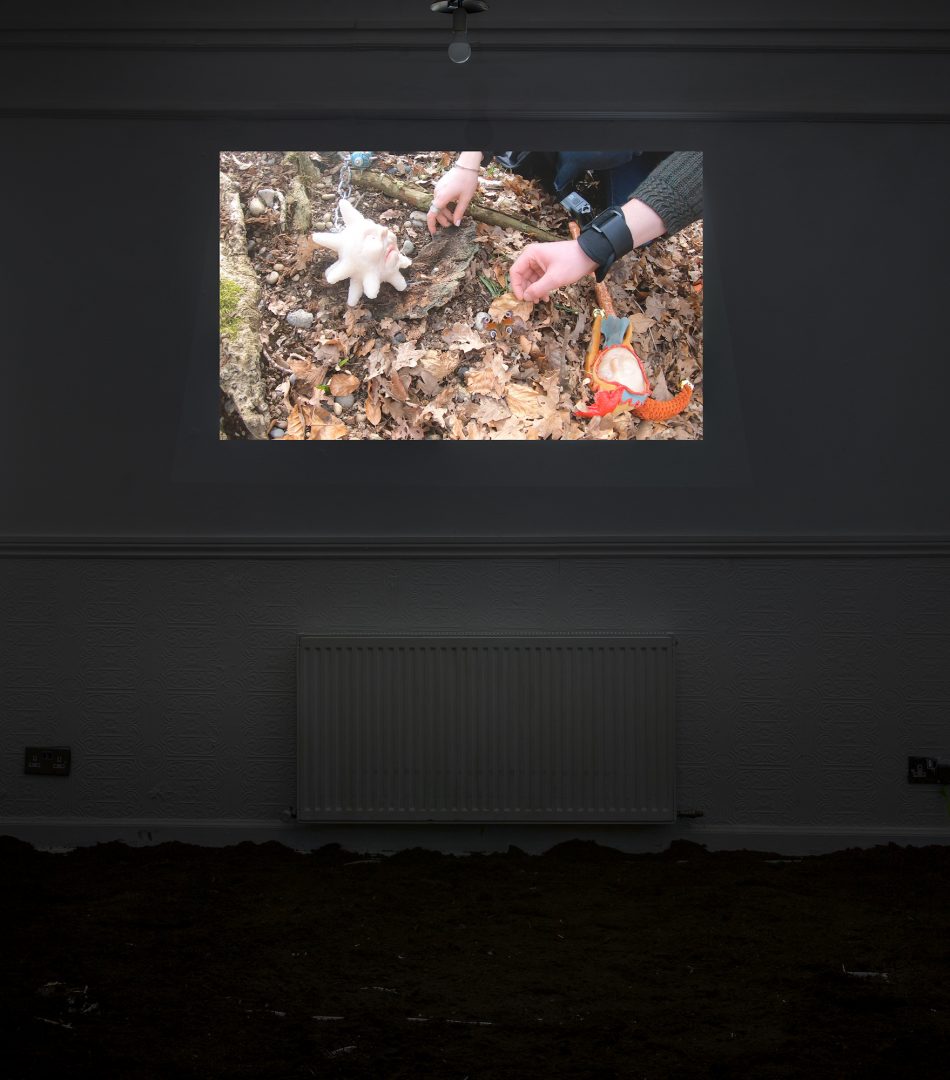 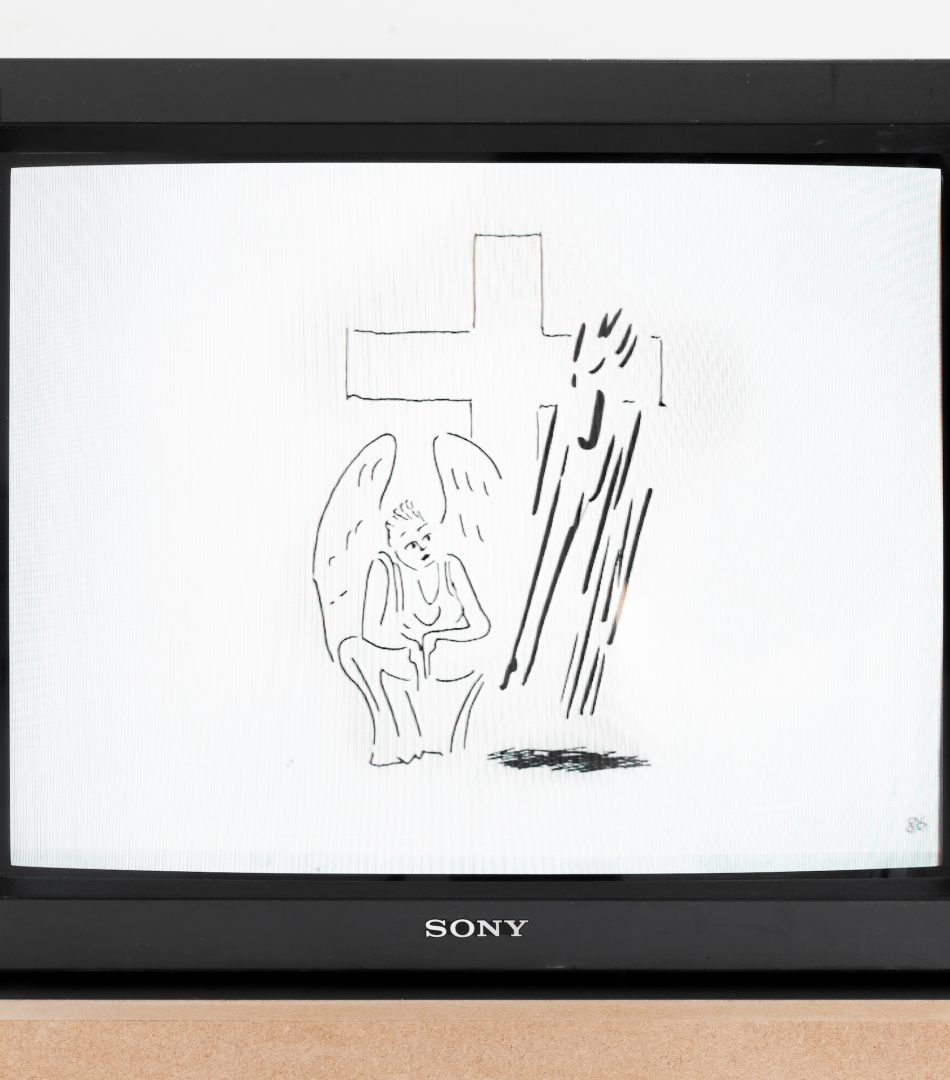 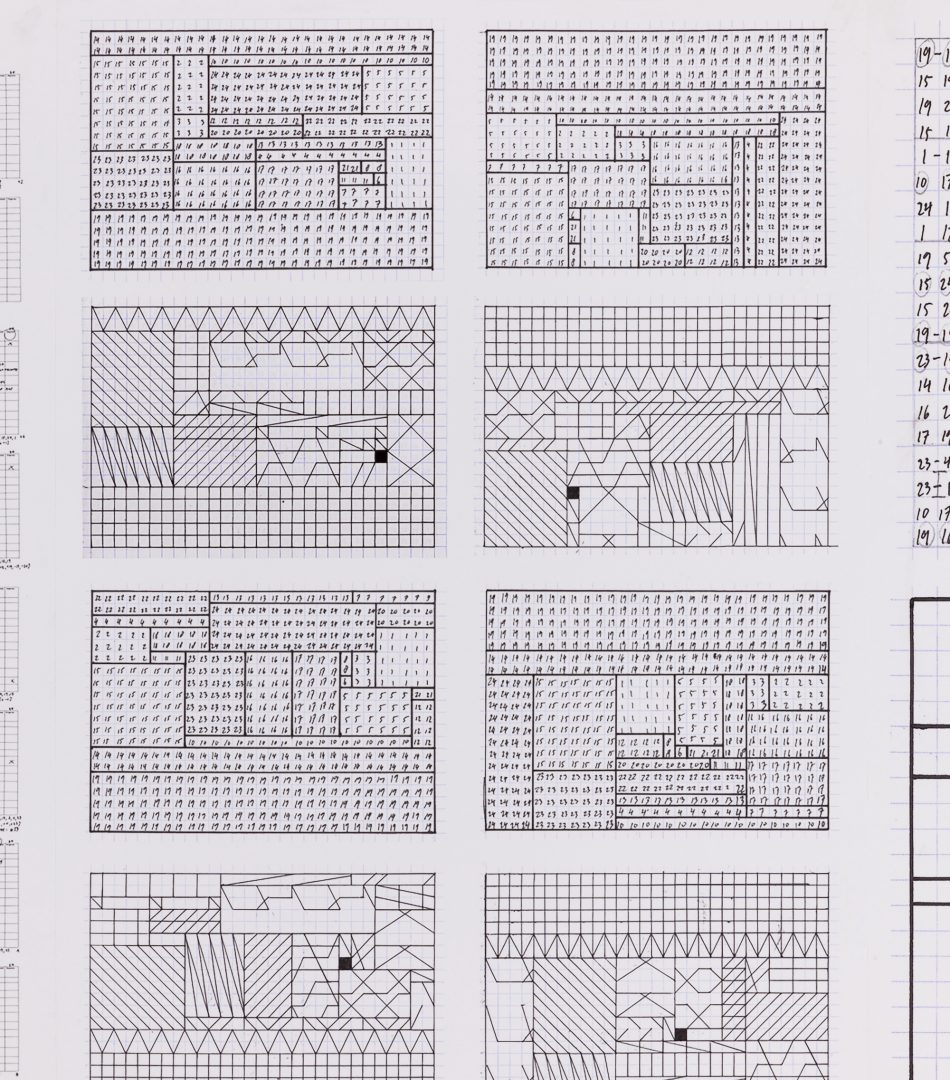 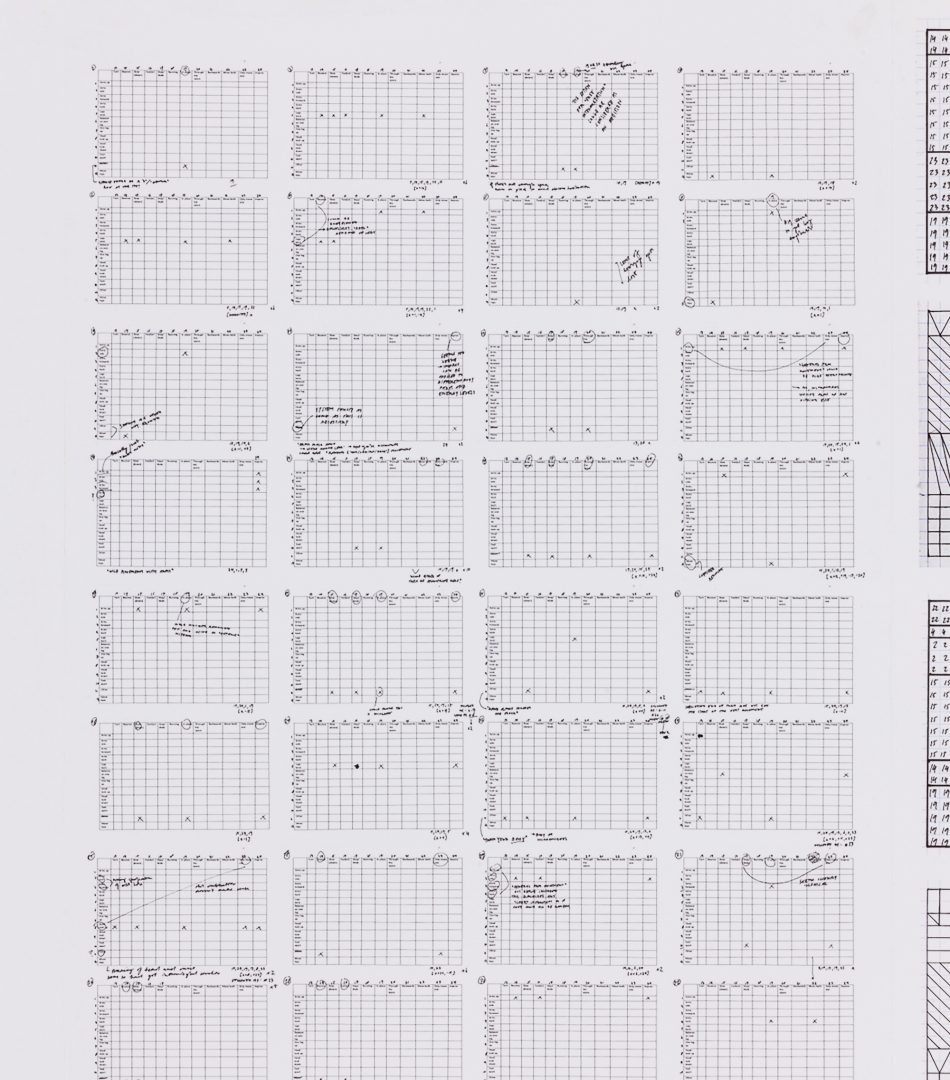 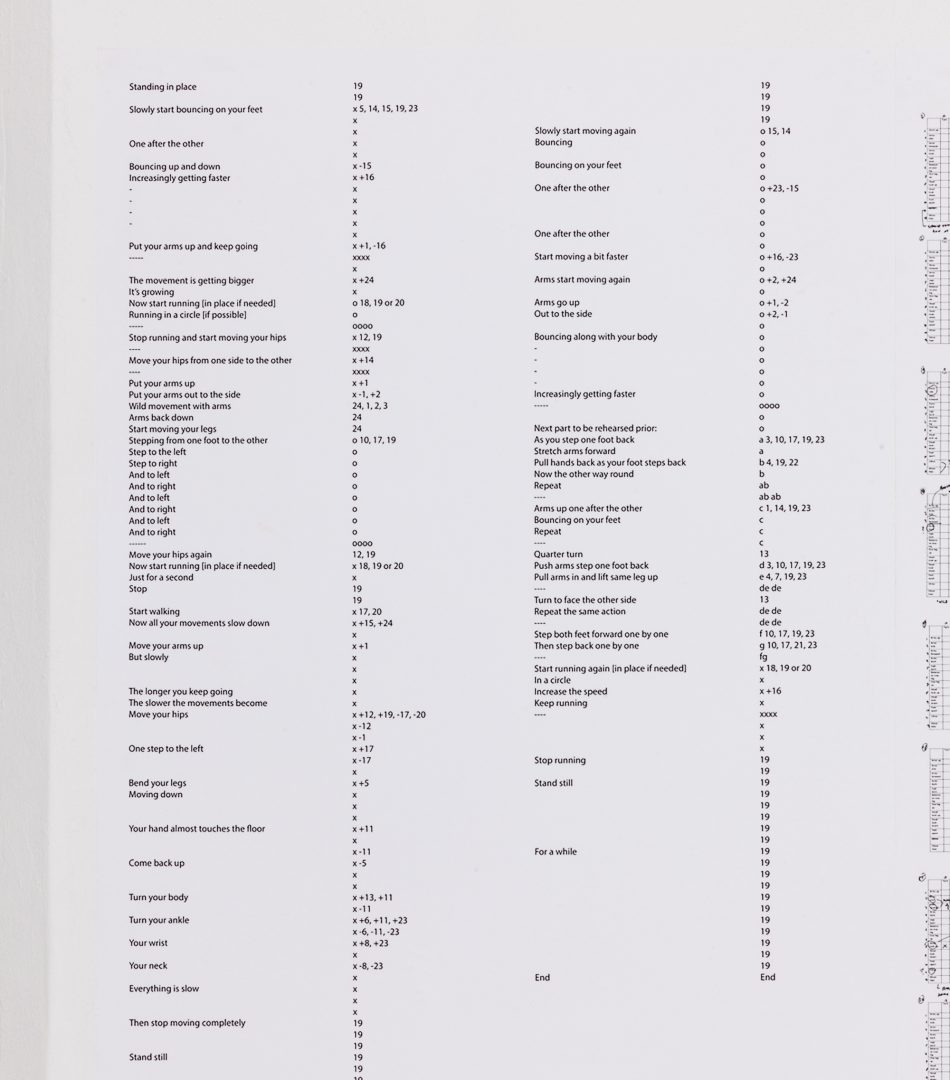 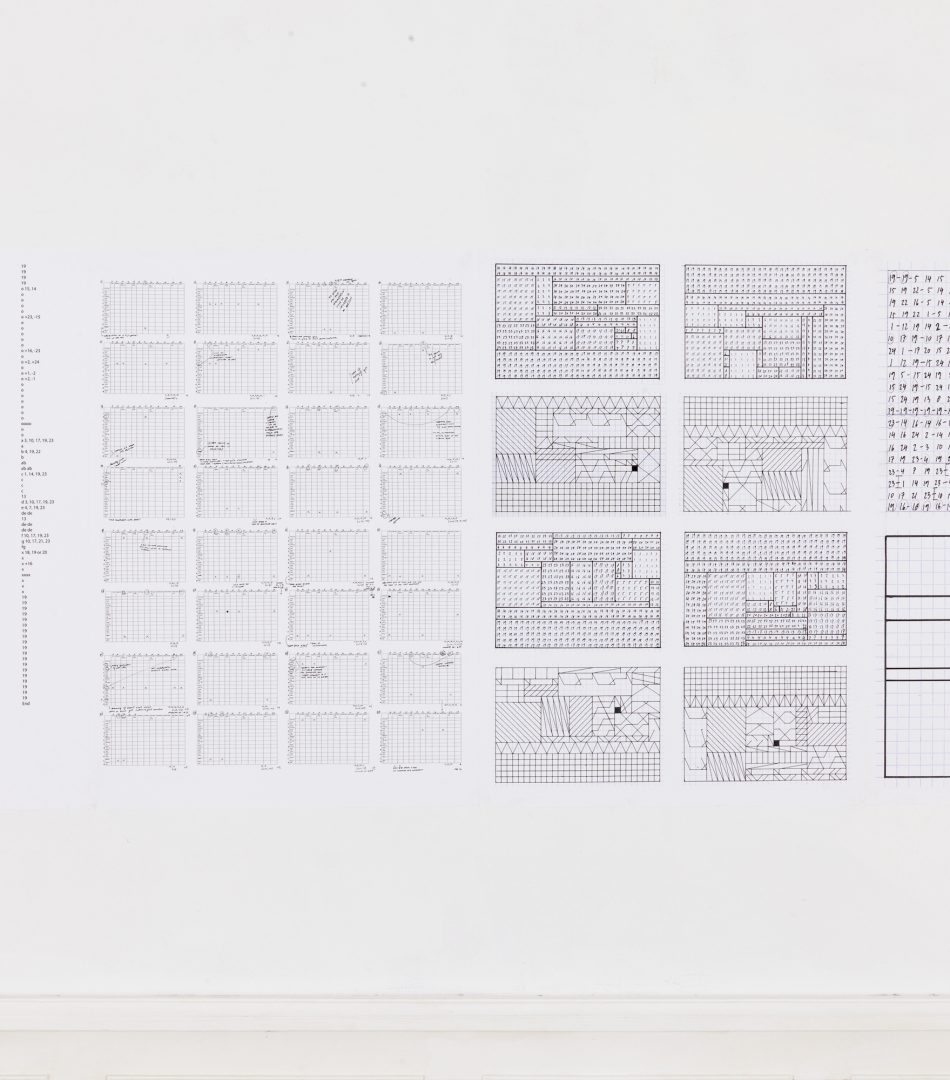 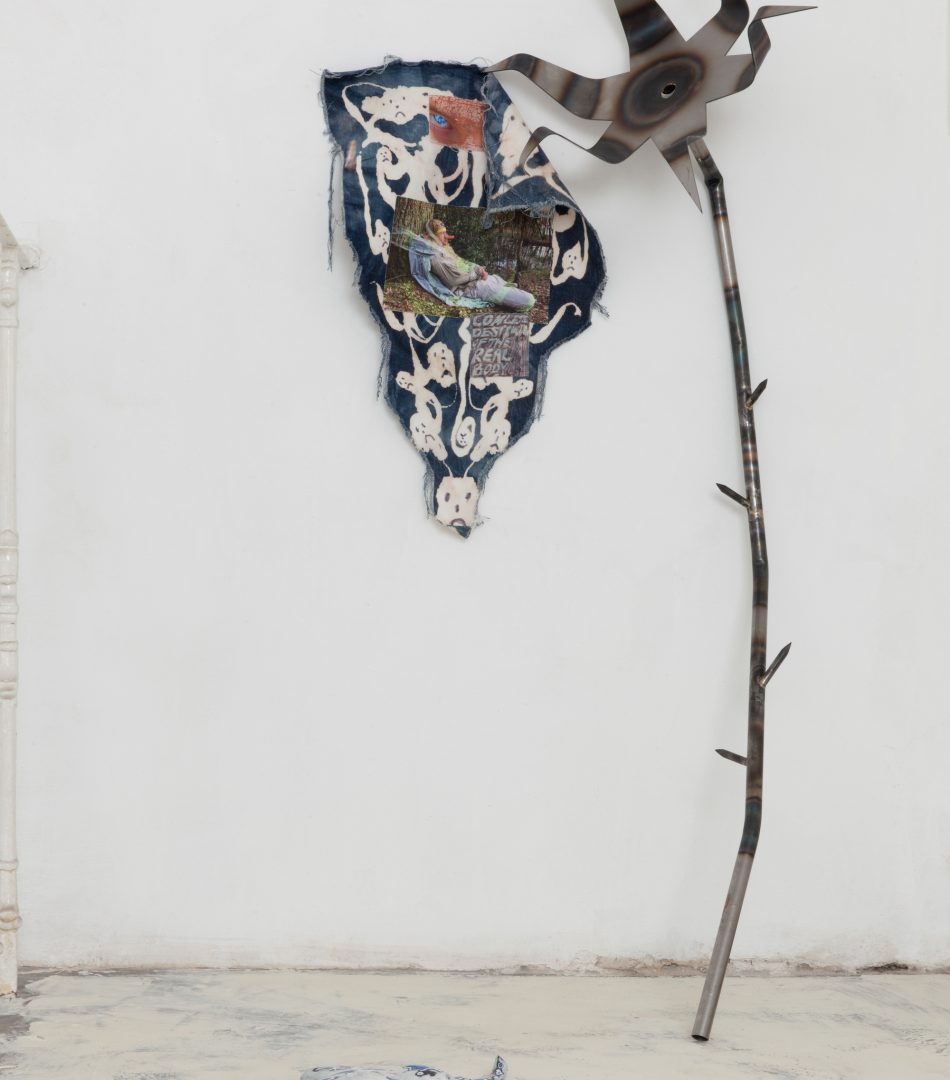 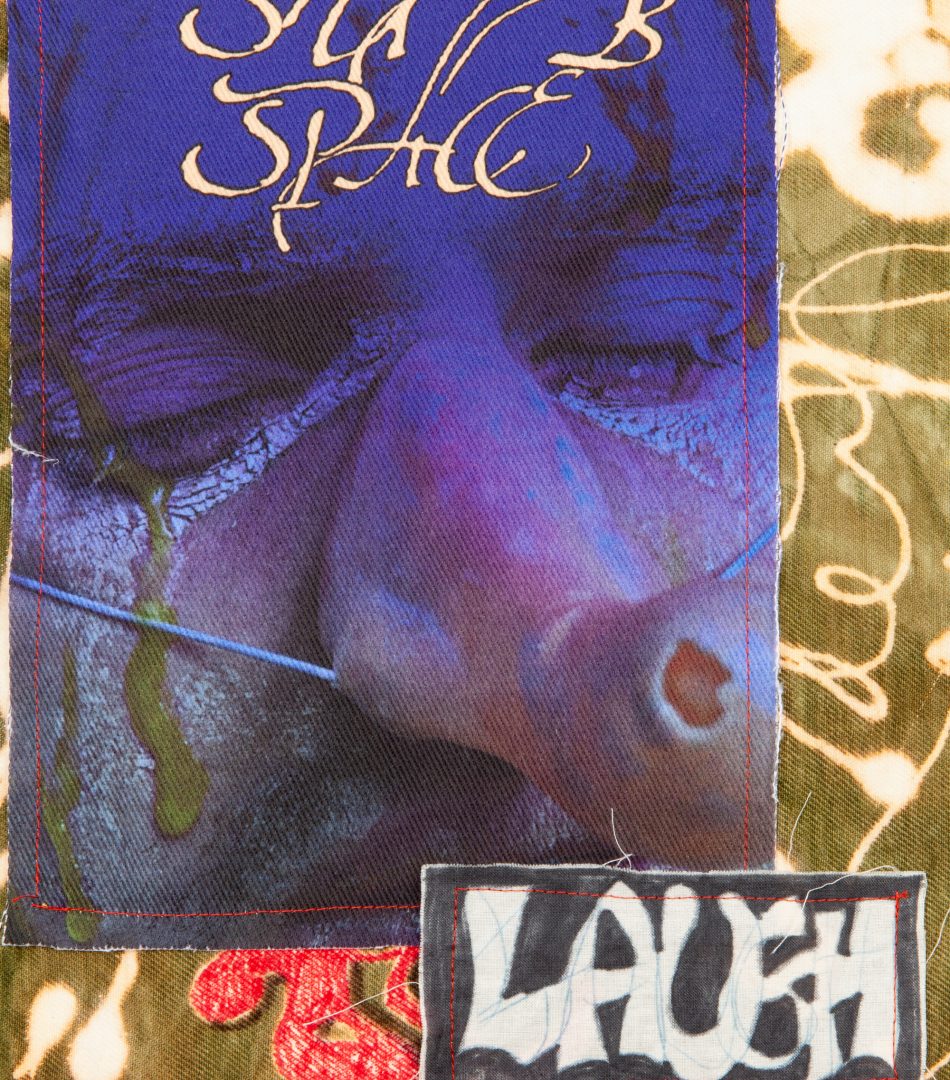 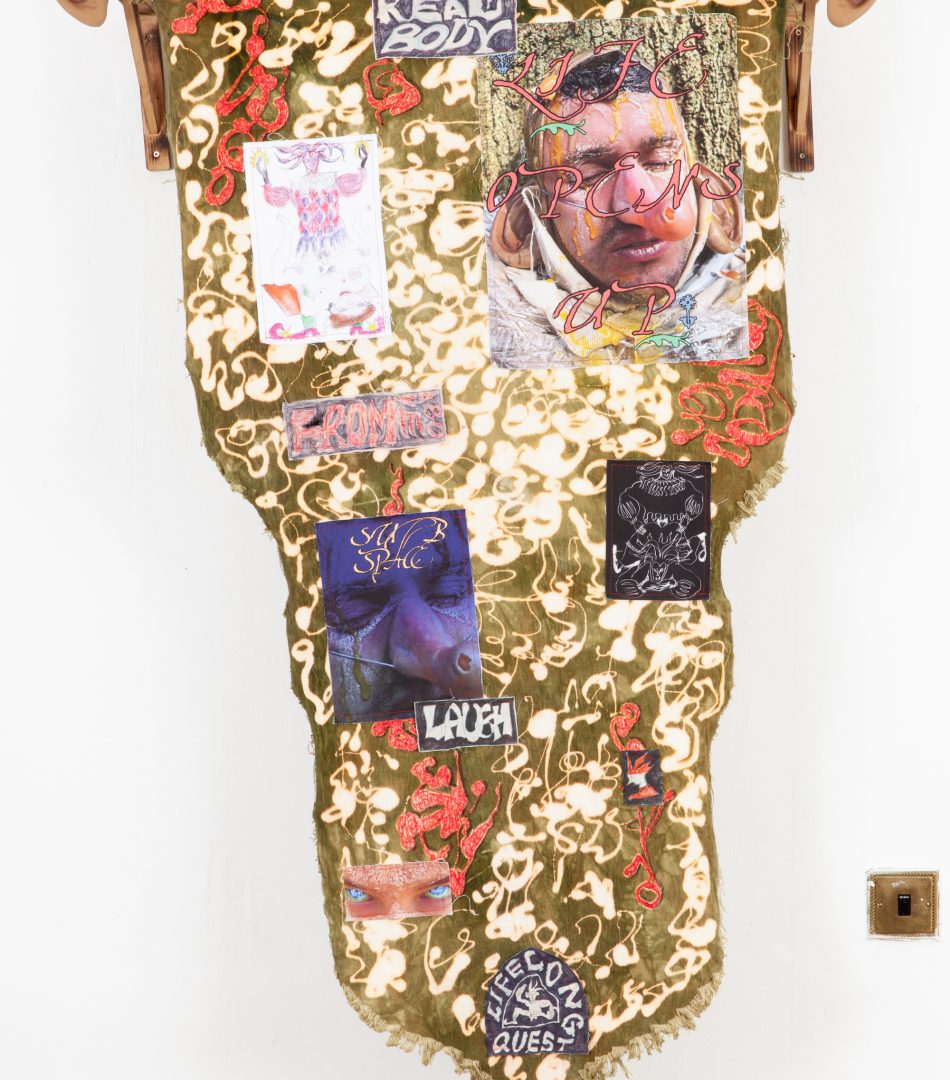 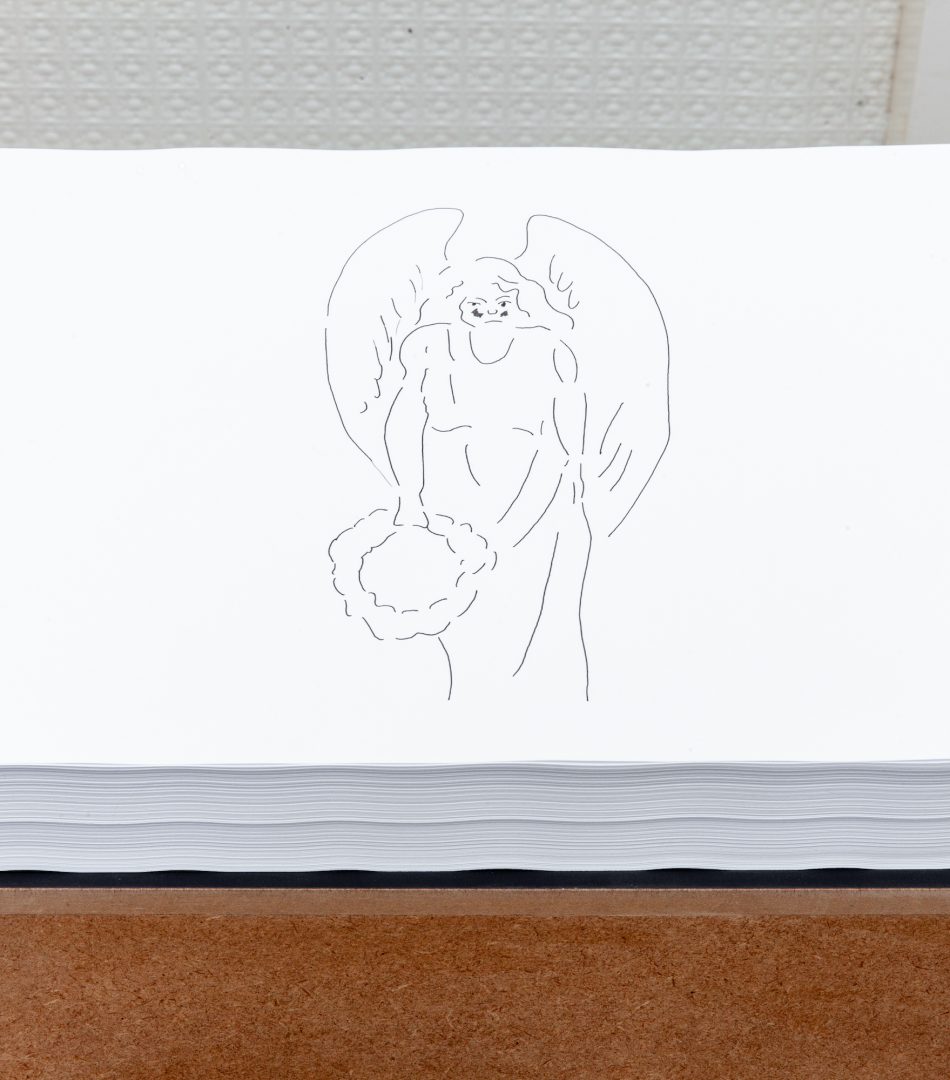 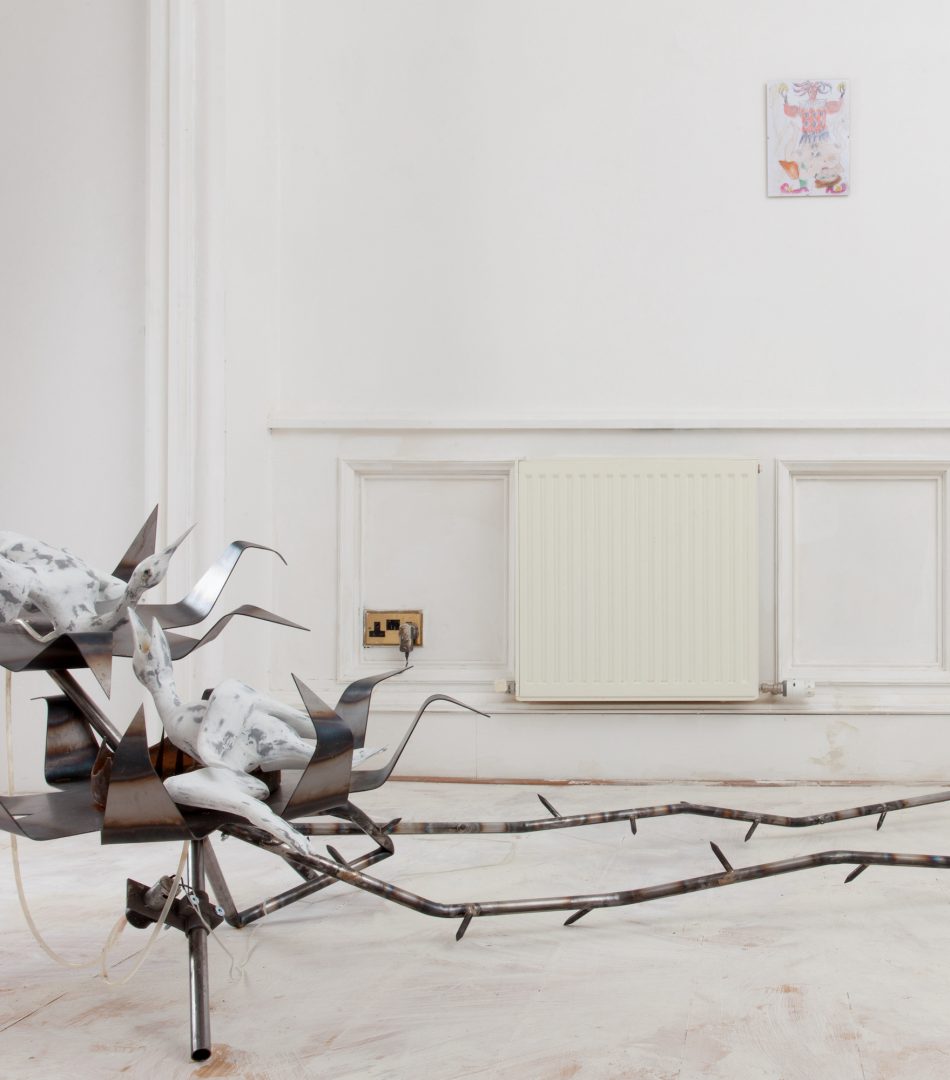 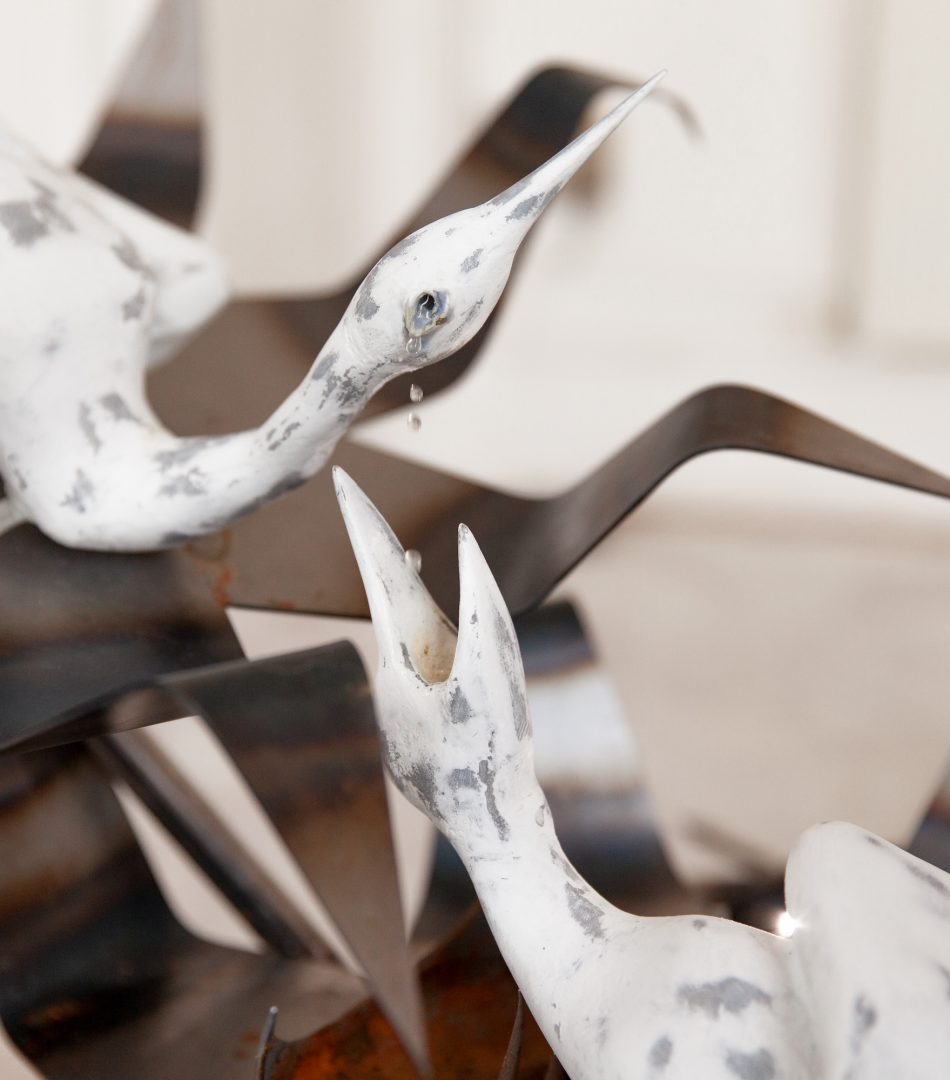 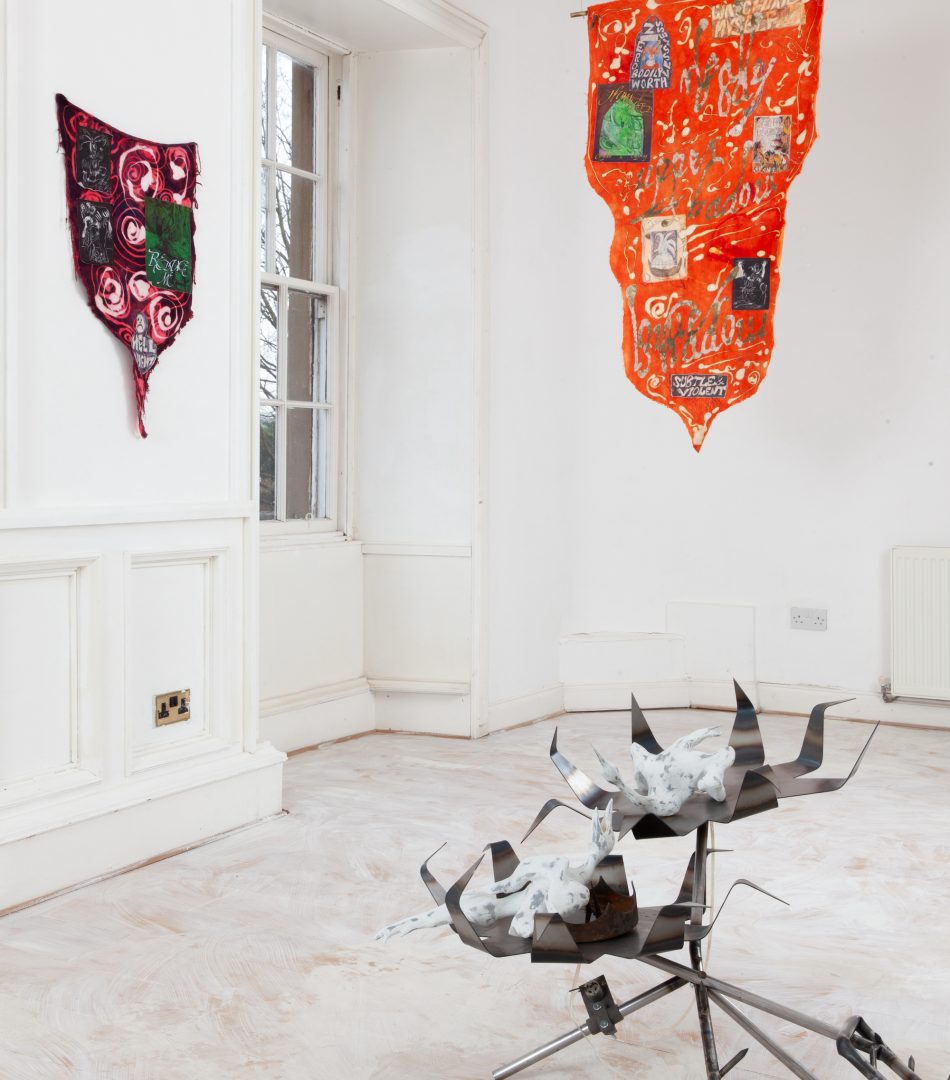 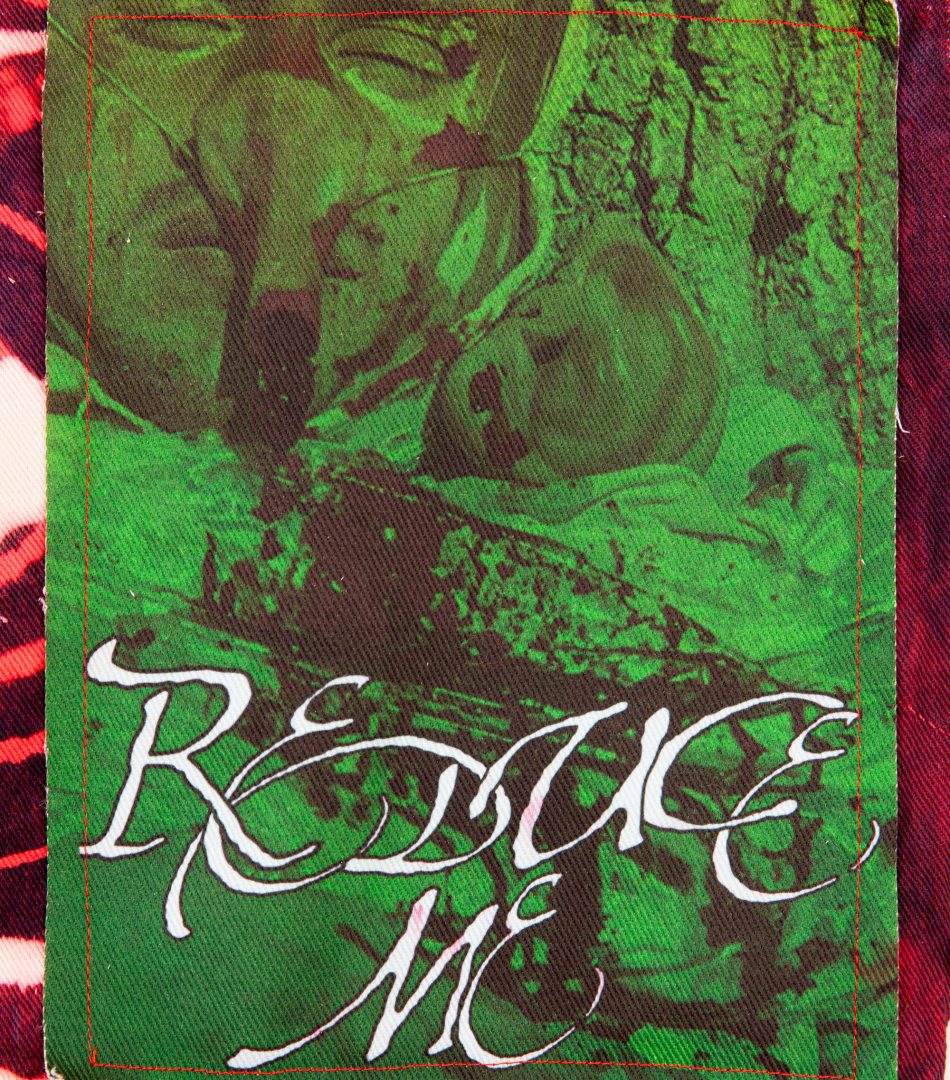 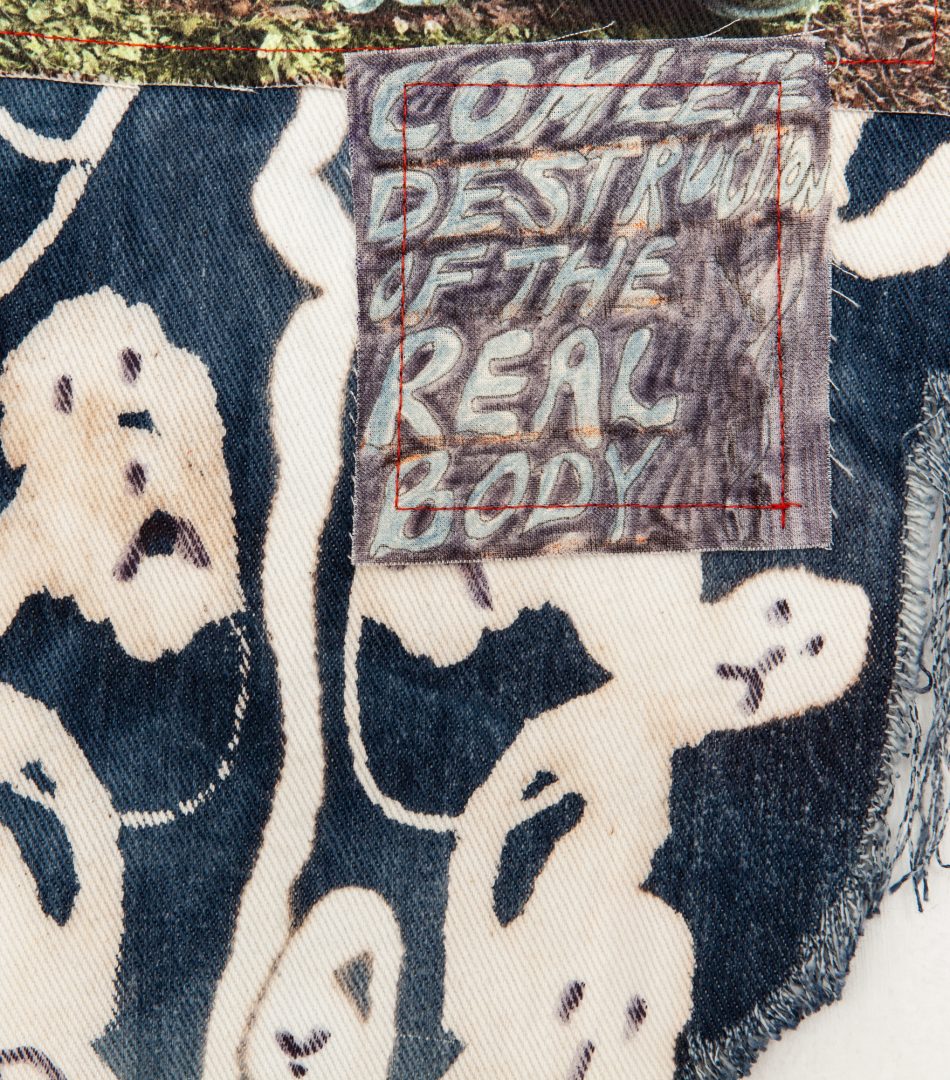 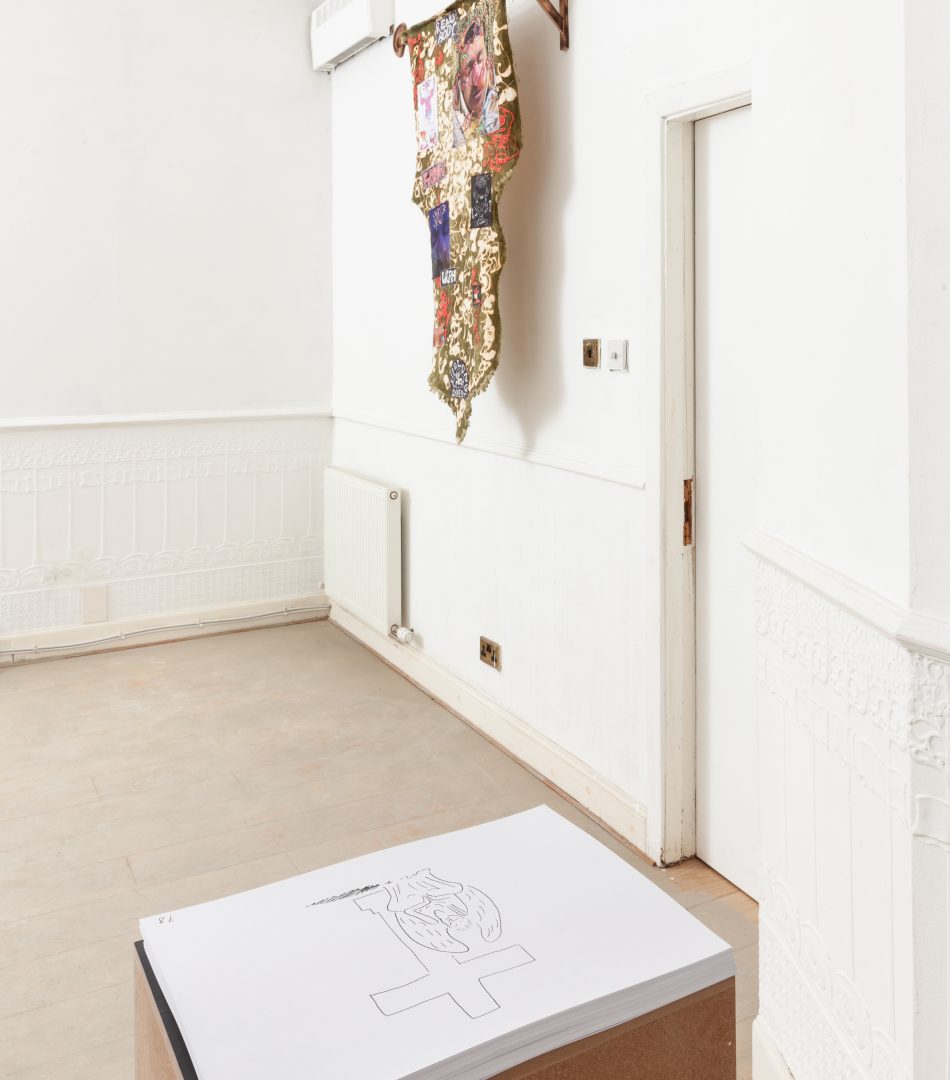 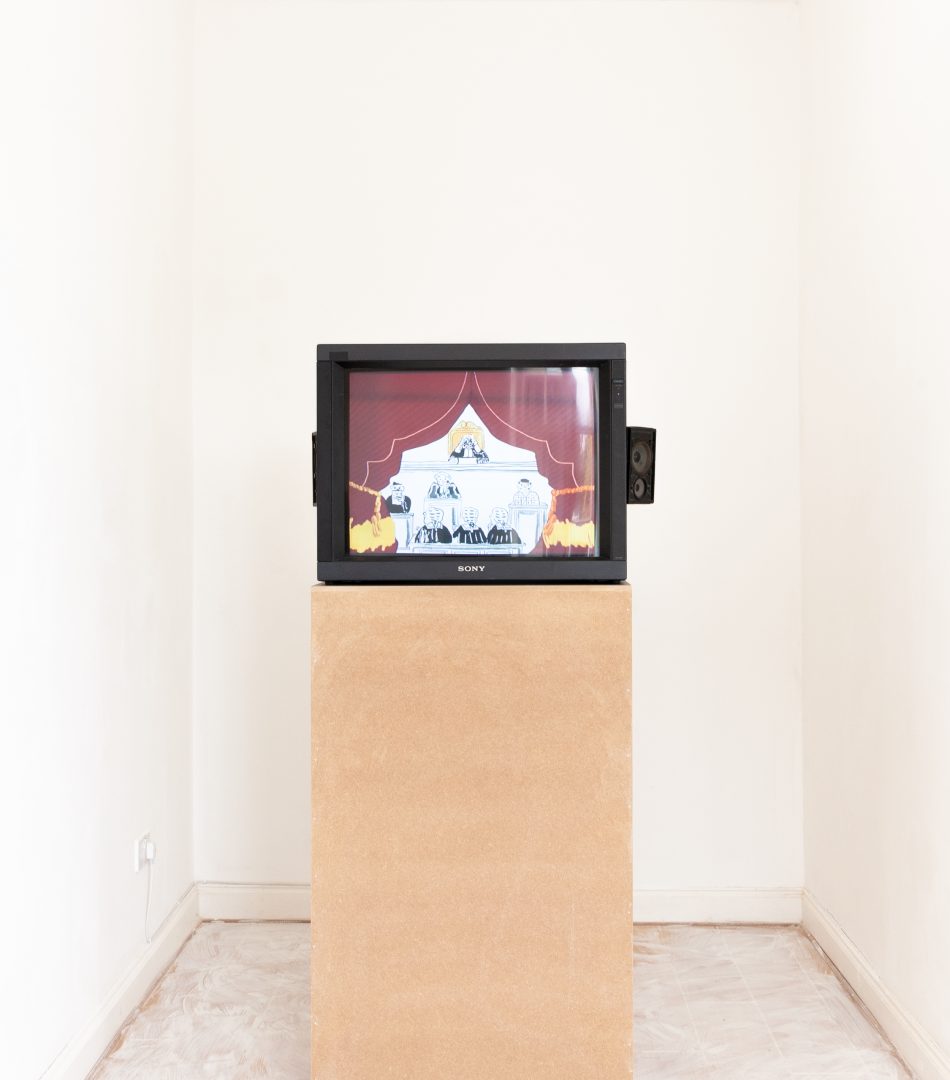 Meat World is a group exhibition of new works reflecting on the entropic qualities of collaboration through materialising them, and intimating the privacies and publicities of the collective body and experience. ‘Meat World’ is also the name of the perfume developed by the artists with The Library of Olfactive Materials, inspired by the works made for the exhibition and their disparate images and environments.

Benmakhlouf’s practice imagines possibilities of transformative fantasy. They engage with drawing and animation methodologies to experimentally recalibrate and capriciously restore the activist short film, Murders Most Foul by Gillian Lacey (1987), part of Channel 4’s Blind Justice Animation Documentary Series (1987-88). Lacey’s film collages excerpts from court transcripts, framed by a darkly fantastical story of a murdered queer woman who is exhumed and resurrected by an angel statue. In response, Benmakhlouf has created a short imagistic series of interconnected scenes that form an adaptation, a fan-fiction addendum, a literal and figurative reanimation.

Inspired by the subjectivity of communication, Klerkx has spent the past year creating her own numerical notation system for movement, sound, and drawing. The system is fundamentally flawed because its interpretation is so subjective, which results in a contradictory mixture of precise planning and spontaneous action. Her video installation brings together her systemised way of working and the erratic spontaneity of human nature.

St. Findlay presents a new body of work on self-deprecation and the blissful sub-space that exists within failure. A new film work entitled ‘Bad News’ depicts a chaotic day out for a group of LARPing jesters, with an original score composed by musician Ailie Ormston, performances by OK NORRIS, Sean Murray, Phoebe Miller and St. Findlay, and costume and props designed by Jackie Pratt & Ghonorious R.E.E.S.E. Beyond the ground floor, St. Findlay’s ‘Real Body’ series of mixed media flags sewn by S J H Dismas Froggatt are hung and pinned throughout the exhibition.

Walker’s practice involves using unstable materials and making technology intimate and queer. Several resin birds have nested among Walker’s garden of steel flowers, which has grown across the floor of 16 Nicholson Street. They are posed in lethargic states of decline, one of the birds crying bodily fluids into the dependent mouth of another below.

The publication accompanying the exhibition was released digitally and in paper copy on 07.05.21.

This exhibition contains both a depiction of simulated violence and sexual imagery.

With thanks to Creative Scotland, Matthew Arthur Williams, Transmission Gallery, and ThreeFourFive Furniture.