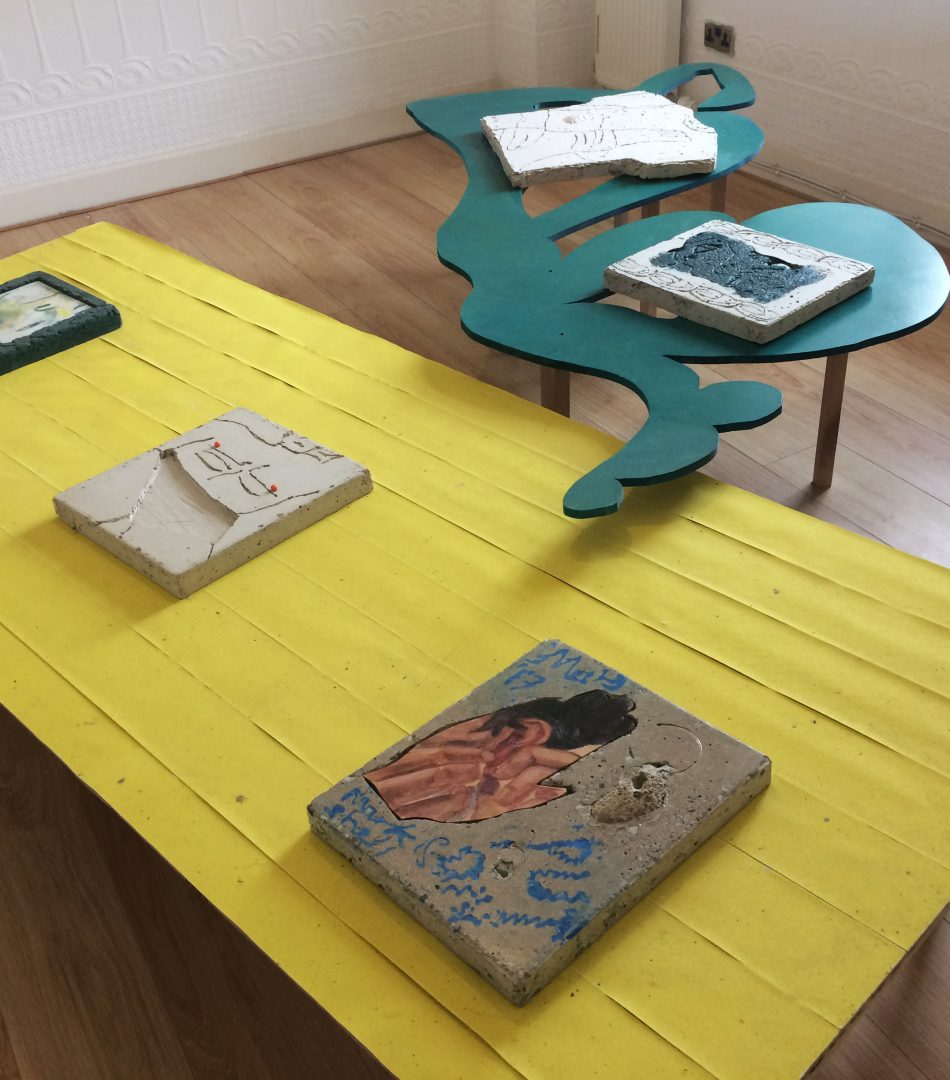 For ‘Les Pavés, La Plage’, there’s mutual superimposing of different images and materials that are variously or simultaneously suggestive of sand, concrete, the beach, the pavement or an aestheticised post-industrial interior.

Bright images of posing and styled figures or stylised graphic text (reading “WANT”) are rendered with sensuously emotive facture and in intimate compositions, as figures extend past and are cropped by the edge of the picture plane. Set on bespoke built exhibition furniture, a relationship of mutuality is suggested between the hot closeness of the paintings and the tempting hapticity of their surrounding interior. Dichotomies of immediacy vs deliberation, or – alternately expressed – authentic expression vs staged artifice are displaced by a single tactile, colourful and textural experience.

The construction and joinery involved in the making of the floating floor and leaning walls is contextualised within a new video work titled Working Birthday that is included in the resource area. Subverting the dry form of the YouTube DIY video, Benmakhlouf and his close friend and artist Holly Moffat, camply and clumsily walk viewers (with many tangents) through the process of making a lo-fi frame. Polluting the frequently passive aggressive YouTube DIY presenters’ orderly and confident displays of tried and tested dogmatic technique, in Working Birthday anecdote and informality make for an excited and experimental take on web tutorials. Through this conscious and casual subversion of the instruction vid, Working Birthday embodies and furthers the kind of critical intimacy that appears throughout ‘Les Pavés, La Plage’ in its intermingling and reimagining of materials, settings and forms.