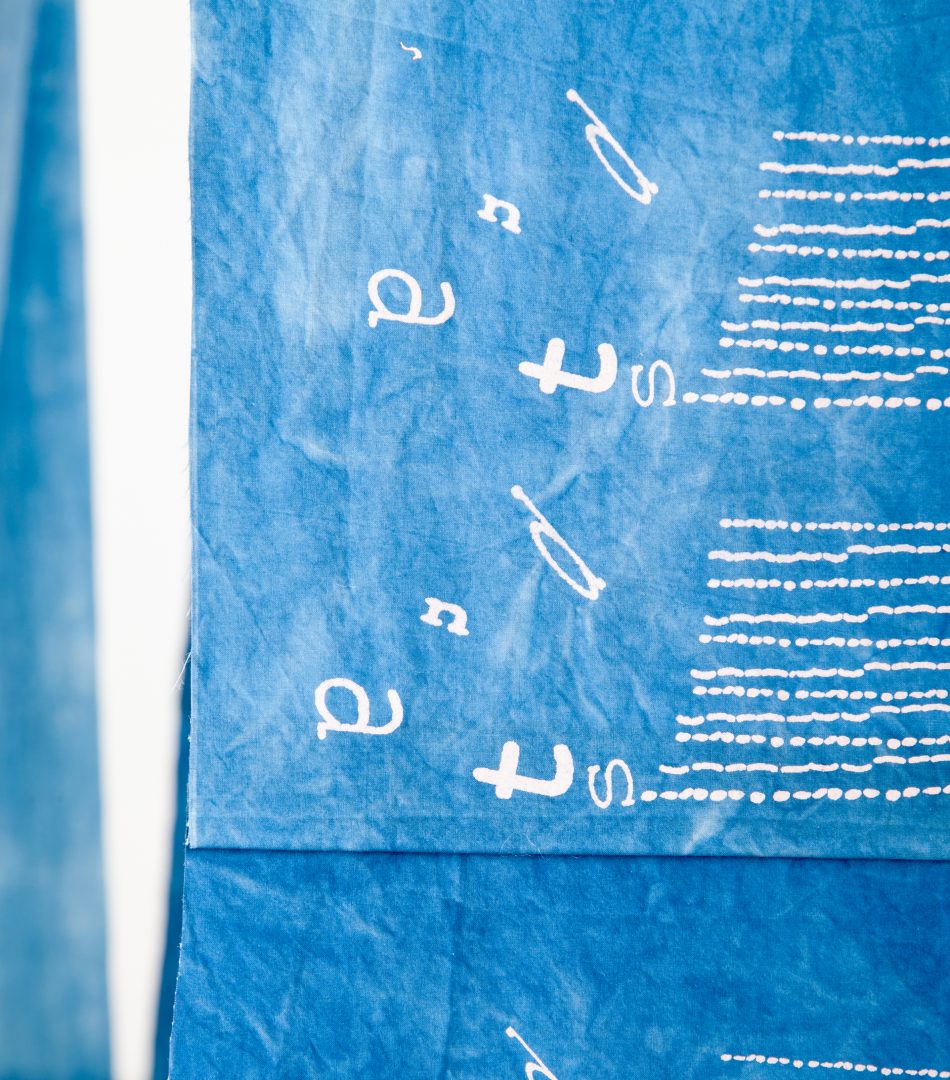 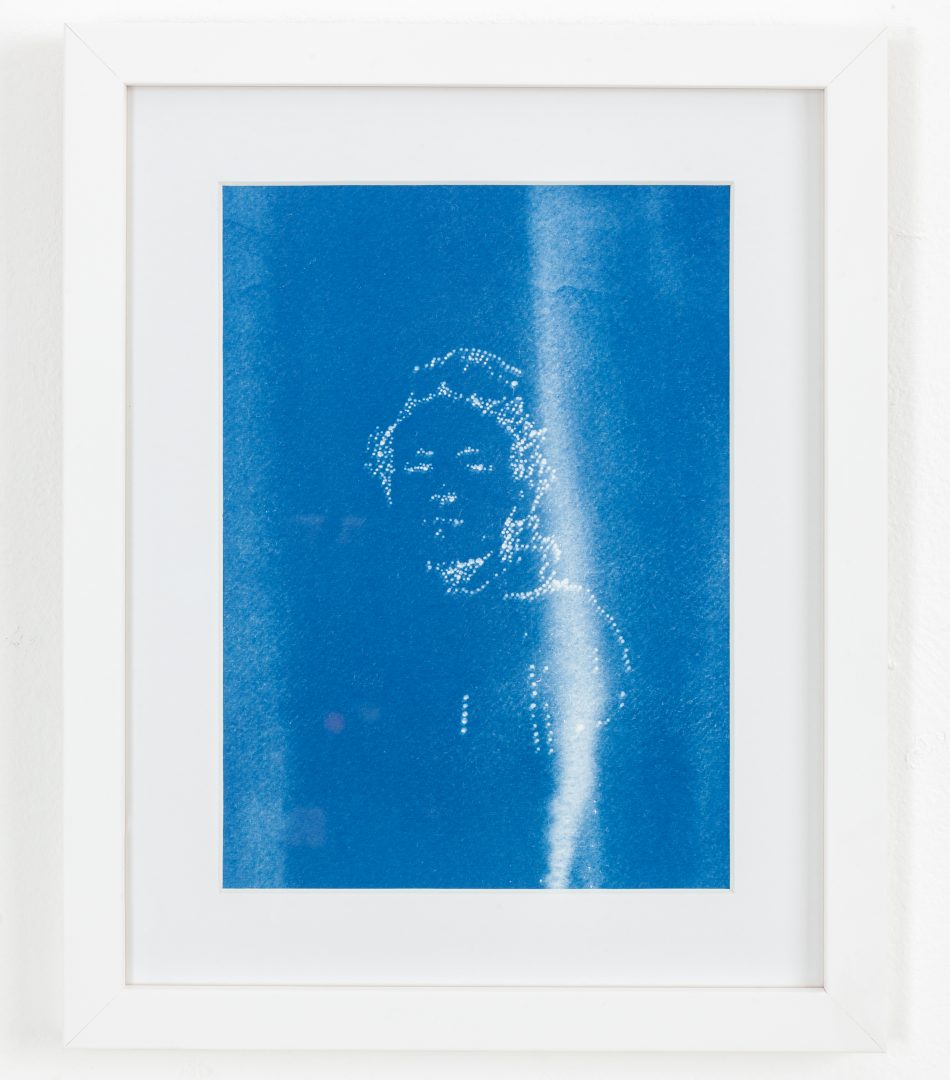 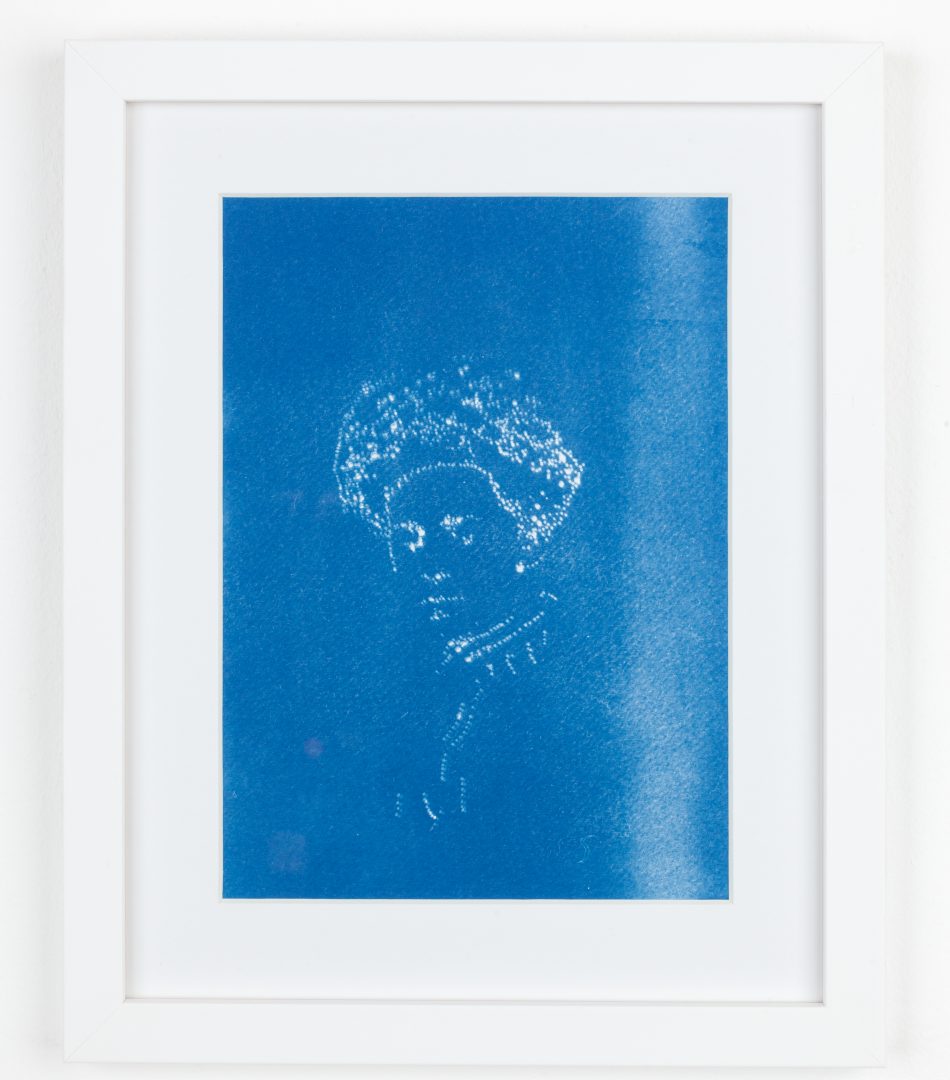 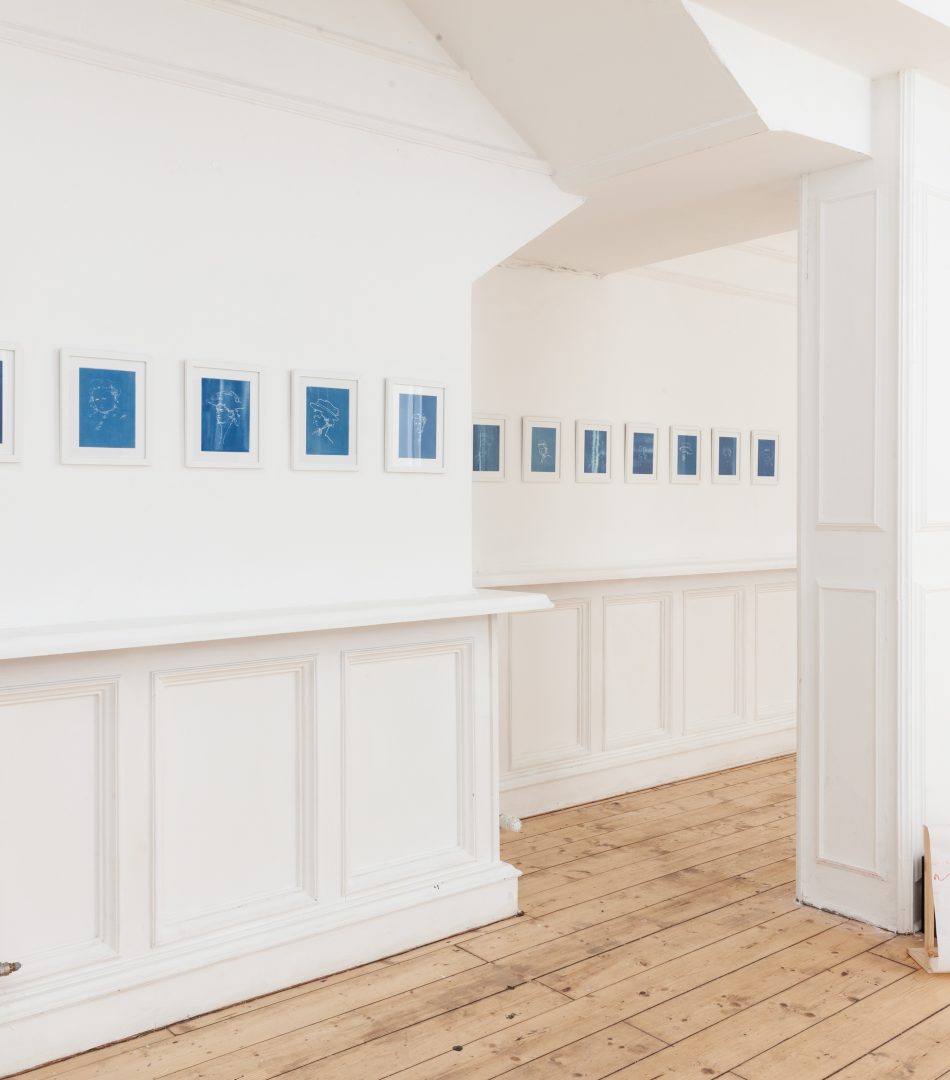 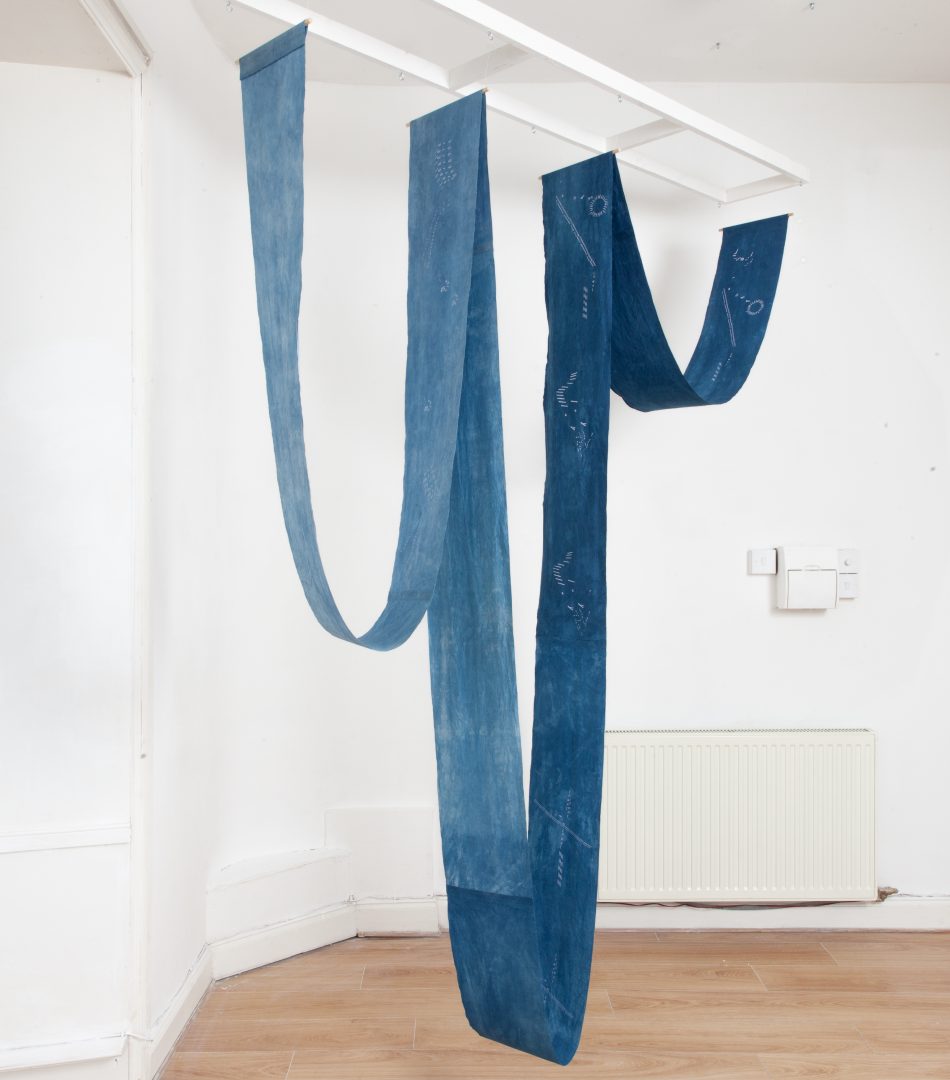 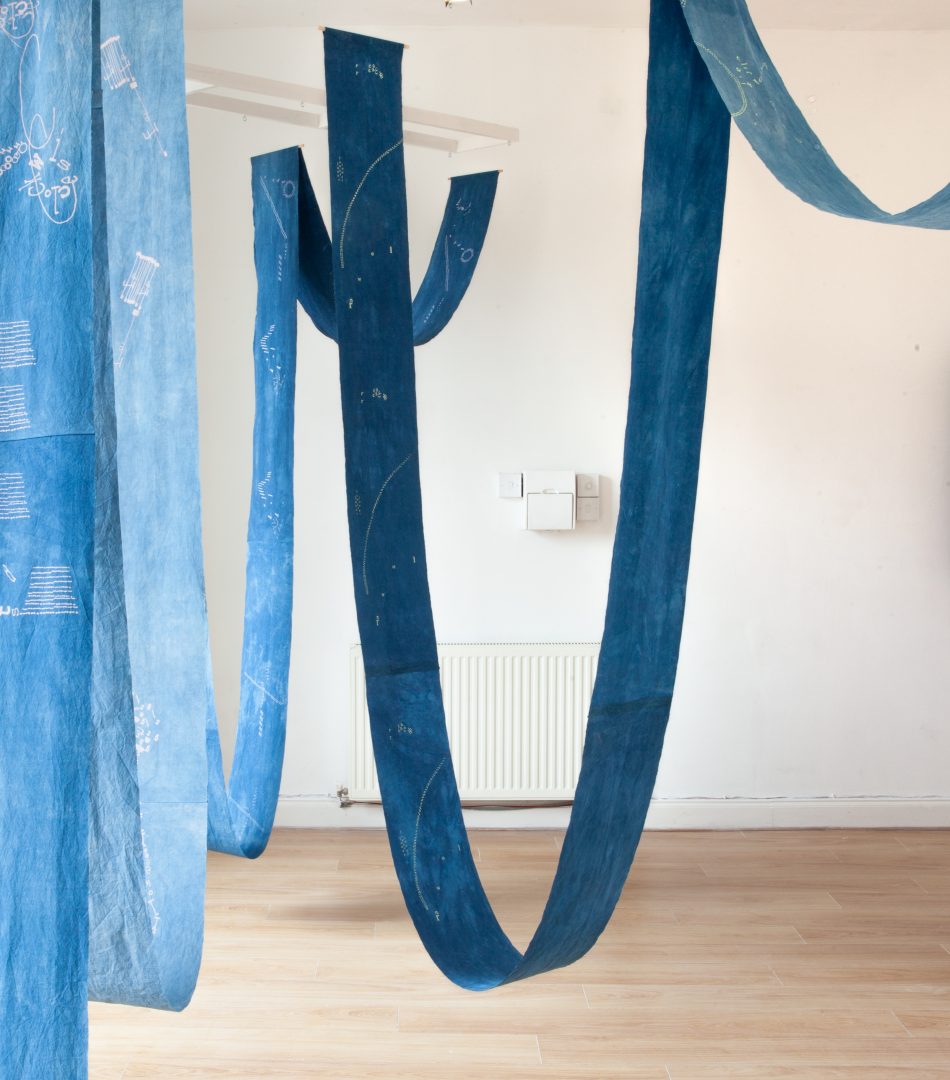 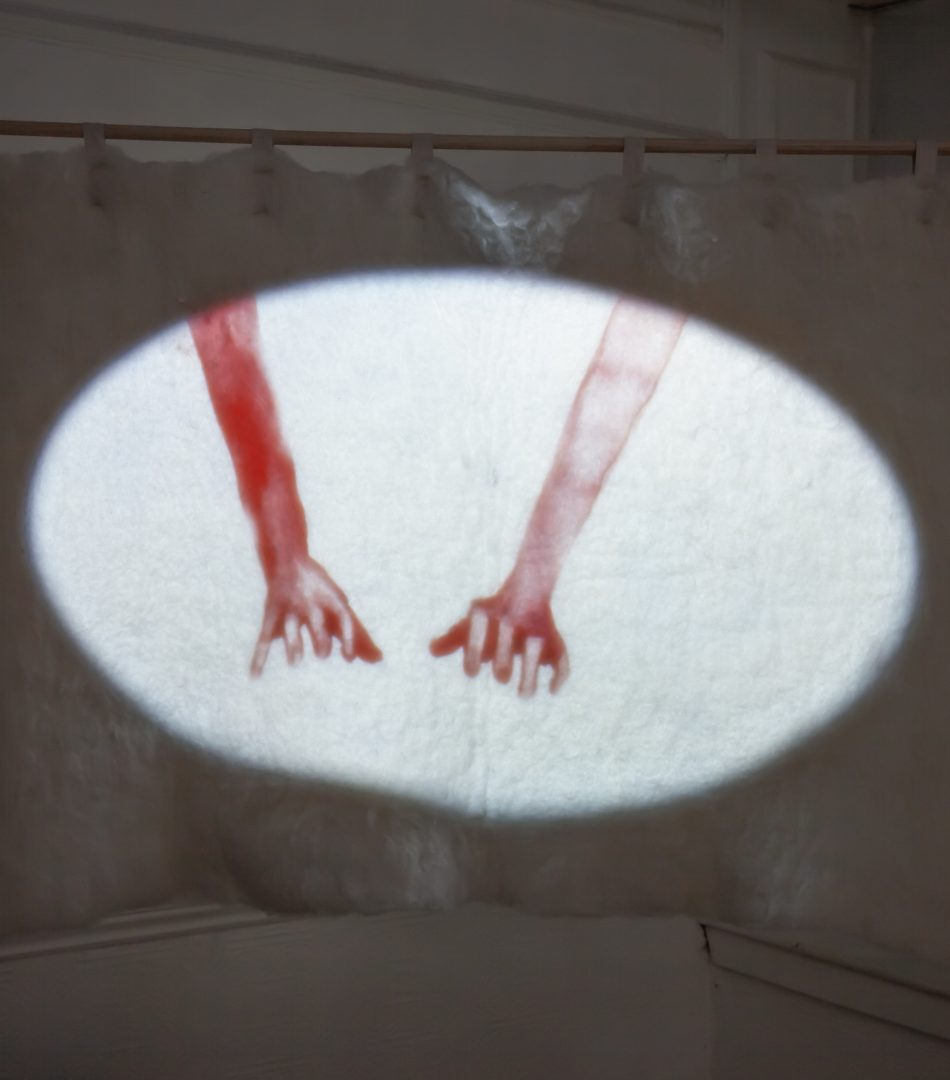 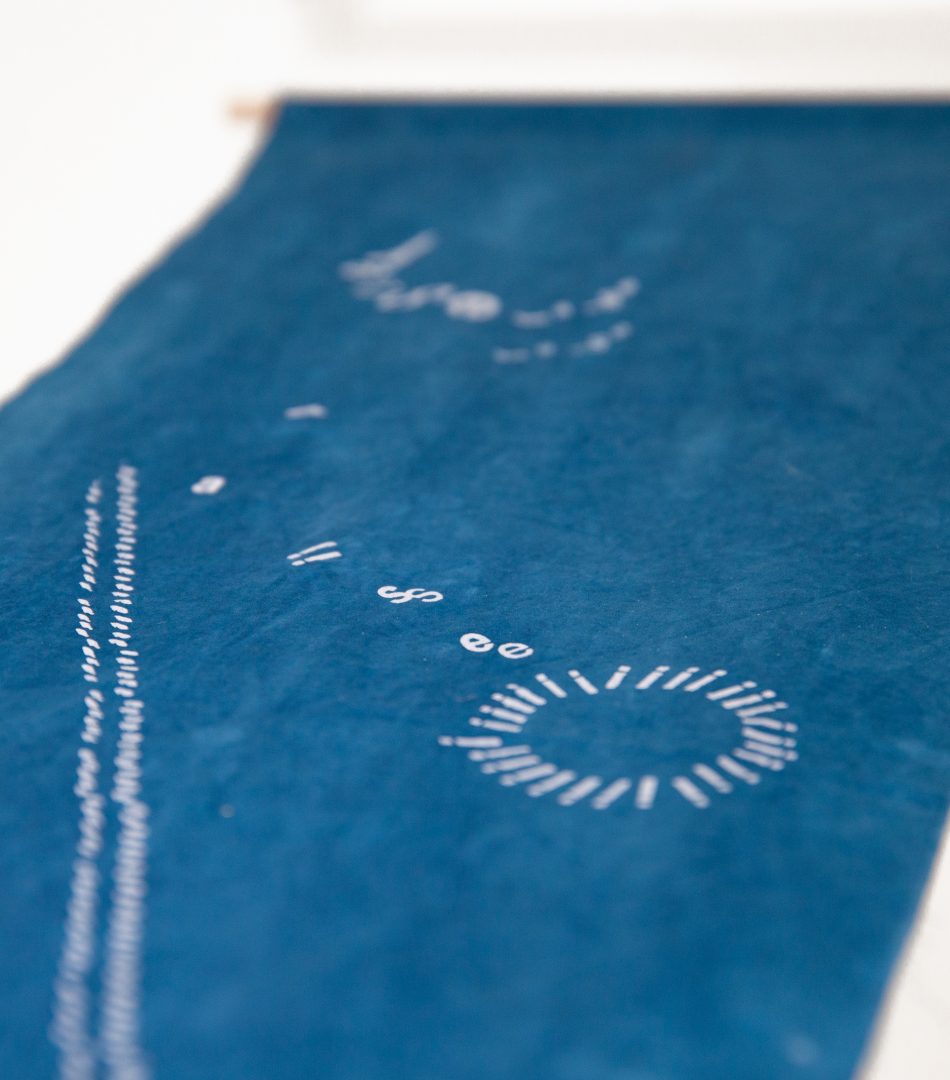 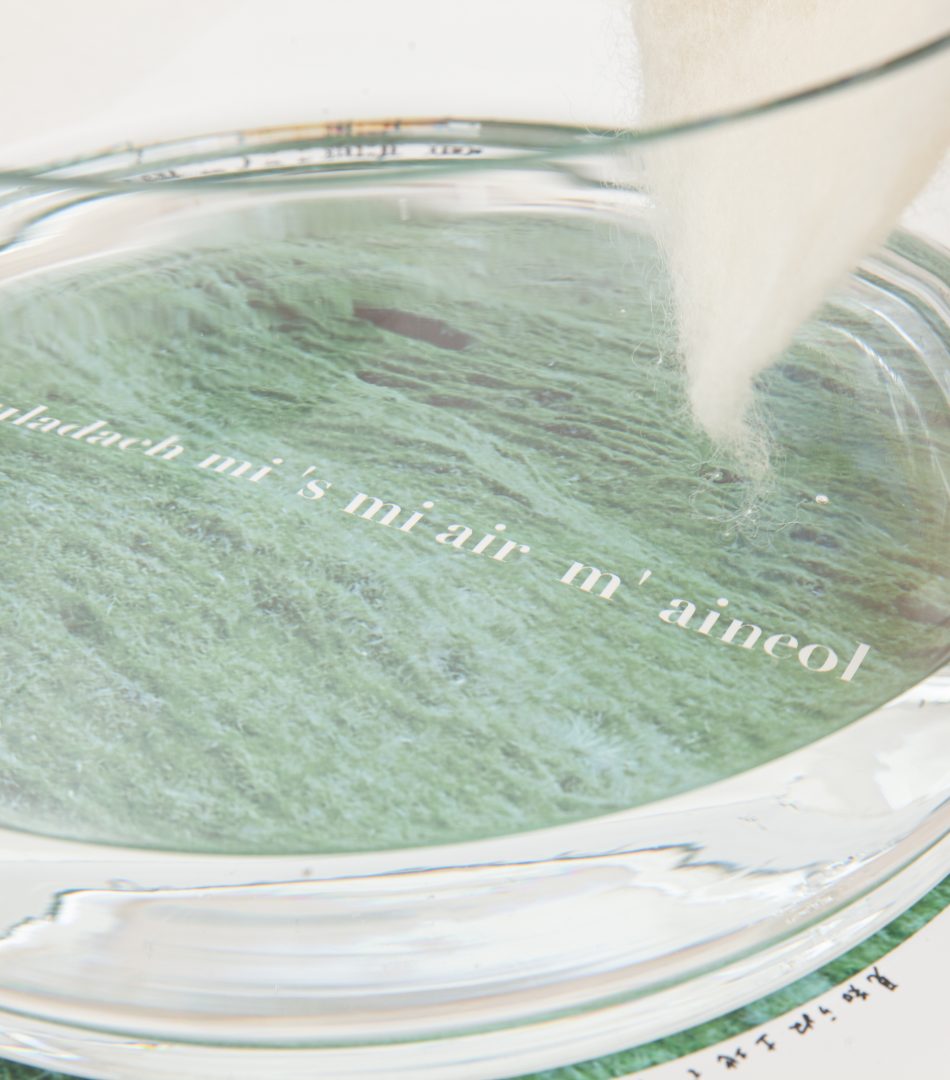 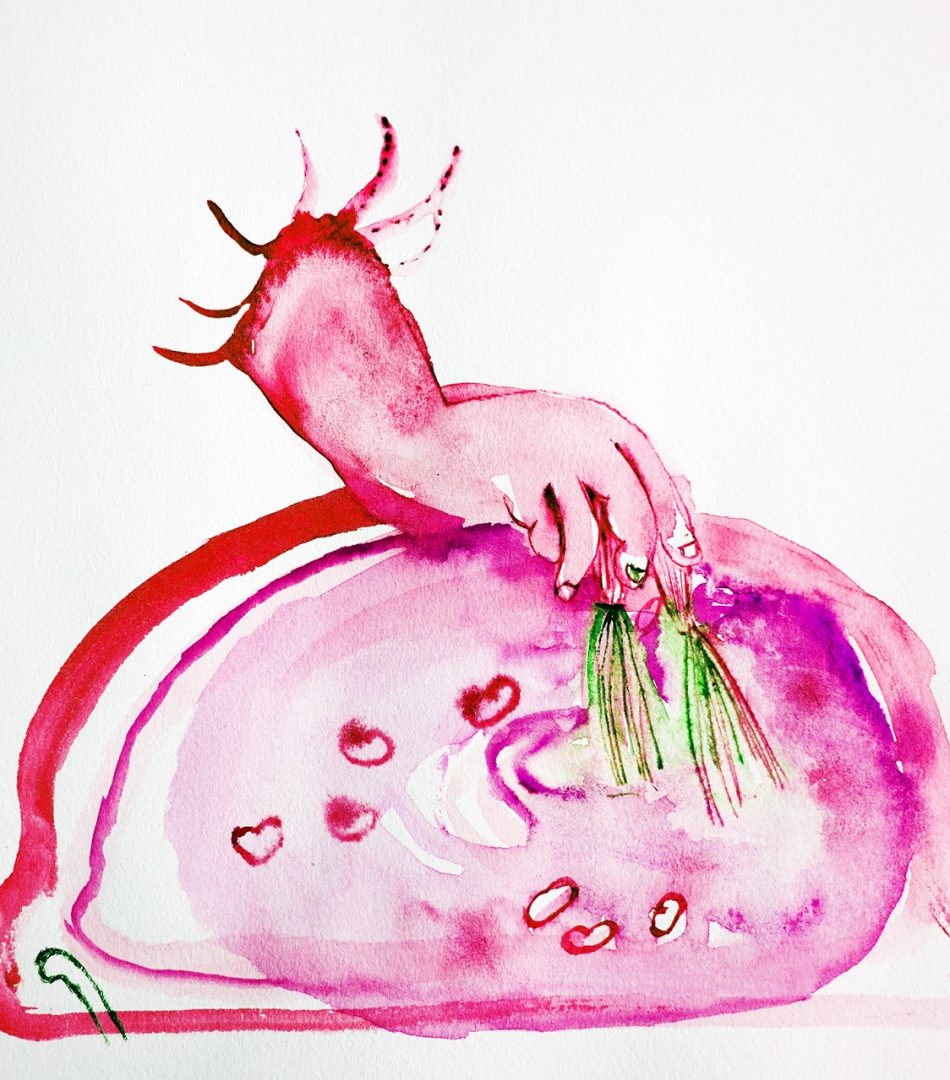 ‘Knitting the Intangible Voices’ is an interdisciplinary project of film, drawings, animation, collaborative performance, and sound which explores work songs in female labour, focusing on the histories of the textile industries and domestic work in Scotland and Japan.

Through the exploration of memory, oral tradition and narrative, Sakamoto works to regenerate forgotten histories and customs in order to view them from a contemporary perspective. Sakamoto’s practice flows between research and experimentation with materials, the result of this being a multi-media installation and the publication of a collection of writings. By examining personal narratives, everyday customs, rituals and beliefs, Sakamoto questions the possibility of passing down memory from generation to generation beyond words.

In studying the Scottish textile industry and the Japanese silk industry from the late eighteen-century to 1930s, the exhibition focuses on the work songs, poetry and textile work of female workers, examining the relationship between the body and mechanization of labour. Highlighting the interrelation of the textile industry and women’s social position at that time, the theoretical research reflects on how inequality and gender discrimination within the workplace led women to become part of social movements, including the early feminist movement in both Scotland and Japan. Sakamoto’s focus on these places is not only due to her personal connection to them but also because of their invisibility within history.

For the ground floor, Sakamoto has created a series of cyanotype drawings inspired by archival images of the women of Crofthead Mills in Nielston on strike. The series explores the relationship between labour and the accumulation of time, engaging in a process of individual representation dictated by an absence of information about the individuals themselves. Drawings evoked by the gestures of labour and the histories of these women have been developed into moving images and time-based media in the form of Sakamoto’s animation, and capture Sakamoto’s own experience of making the textile on which the animation is projected. The development process itself is a gesture of manual labour, exploring the relationship between the corporeal, intergenerational memory, and reanimation.

Sakamoto has collected work songs from archival collections in Scotland and Japan, and in doing so has incorporated parts of these lyrics, rhythms and melodies to compose a “new work song” supported by musician Sarah McWhinney. Taking inspiration from Òrain Luaidh, ‘waulking songs’, Sakamoto explores the work song as a forgotten memory and tradition. ‘Waulking’ is a practice traditionally performed by women in the Highlands of Scotland, where most of the process of cloth-making was through manual labour in the early twentieth century as water mills were usually not available. Simple, beat-driven songs were used to accompany their labour, songs only women were allowed to sing. Sakamoto’s collaborative performance with Sarah McWhinney (sound) and Stephanie Black-Daniels (performance) explores this intimate female communication as well as solidarity as collective practice. Black-Daniels’ choreography is based on gestures which the three women collected individually from movements of manual labour, and explores the relationship between body and memory. The performance is combined with the sound piece composed by McWhinney.

The research and processes of the work are presented sculpturally and on paper on the top floor of the gallery, where the emblems and materials of production for the exhibition are hosted. This includes the drawings from Knitting The Intangible Voices, a digital print of the Crofthead Mill workers on strike which inspired the cyanotypes. The central sculpture involves the rice bowl and table used to develop the sound for the exhibition, wool handmade by Sakamoto, and a drawing of the hand of a Japanese silk worker in motion. The publication developed as part of Sakamoto’s ongoing collaboration between Scotland and Japan as a member of Back and Forth Collective is also featured.